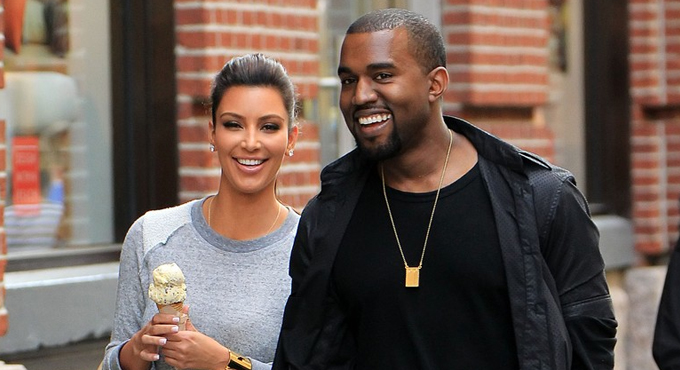 On the night of her 33rd birthday, Kanye West gave Kim Kardashian an extra special birthday present. Kanye West proposed to the the reality television star at San Francisco’s AT&T Park last night according to various reports. Kanye had rented out the stadium for a private birthday celebration for the couple’s friends and family before popping the question on the field.

According to reports, Kanye presented Kim with a beautiful 15-carat diamond supposedly crafted by celebrity jeweler Lorraine Schwartz. The words “PLEEEASE MARRY MEEE!!!” were splashed across the stadium’s jumbotron screen as Kanye got down on one knee and proposed to Kardashian as an orchestra played hits from Lana Del Ray, Ne-Yo and Keri Hilson.

In June, the happy couple gave birth to daughter, North West, and now the pair are planning to complete the family by entering into marriage in the near future. The wedding will be Kanye’s first while it will be the third for Kardashian.

For the original report go to http://www.xxlmag.com/news/2013/10/kanye-west-kim-kardashian-engaged/