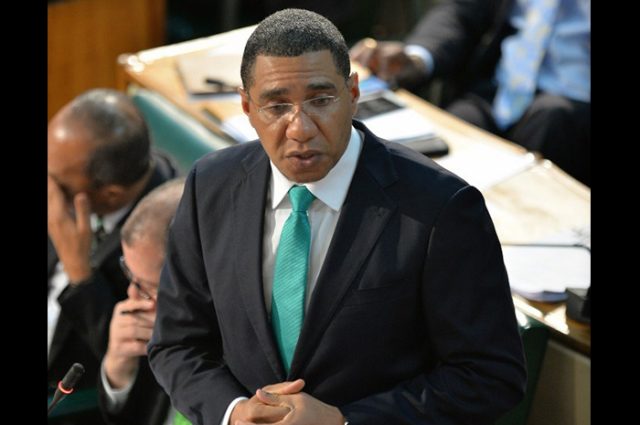 Prime Minister Andrew Holness today (March 21), announced the establishment of the Zones of Special Operations as part of the Government’s plan to secure Jamaica.

Making his contribution to the 2017/2018 Budget Debate in Parliament, the Prime Minister said the legislation has been brought to the Houses of Parliament to ensure the special measures can take effect.

The Bill entitled, an act to provide for special measures for upholding and preserving the Rule of Law, public order, citizen security and public safety within certain geographically- defined areas of Jamaica, or in short zones of special operations special security and community development measures Act 2017 was tabled in the House of Representatives.

“This legislation is designed to give effect to a well-established and practised security and community building strategic termed ‘Clear, Hold, Build’”, stated Prime Minister Holness.

The prime minister, on the advice of the National Security Council, may declare any high crime area of Jamaica a zone for special security operations and community development measures.

This Act forms part of the plans announced to secure Jamaica.

“I believe in this Bill we have struck the right balance of resolute policing with respect for human rights and fundamental freedom. I urge its quick passage so that we may save innocent Jamaicans from being deprived of their right to life and the enabling freedoms and security to enjoy it”, said Prime Minister Holness.

“Tackling crime requires a national effort: engaging all groups, interests and communities. All hands must be on deck”, declared Prime Minister Holness.

Article by: The Office of the Prime Minister
Photo from: www.jis.gov.jm