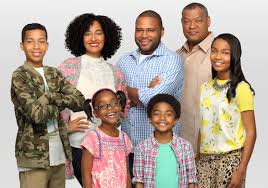 LOS ANGELES _ When “black-ish” creator Kenya Barris confiscated his daughter’s phone for a teenage misstep, he was taken aback by one message string he read.

Barris realized that it’s “become for them this word that has no history, no understanding, nothing but that rap has made it a cool rhyming word, or something to add punctuation to a sentence. It’s lost all meaning.”

That epiphany lead to the second-season opener of ABC’s “black-ish,” airing 9:30 p.m. EDT Wednesday, which puts the word in the context of both the multigenerational Johnson family and, more broadly, within black history.

The episode’s approach is candid and direct, as is the series’ trademark, but avoids trading in shock value. The N-word is used perhaps a dozen times by different characters but is always bleeped out.

The story is also very, very funny, in a way that the smartest and most engaging television can be in the right hands and with a network’s support.

His elementary school talent show rendition of Kanye West‘s “Gold Digger,” N-word included, sends the audience into shock and administrators into action: Jack is to be expelled under a “zero tolerance” policy that his own mother, Dr. Rainbow Johnson, had demanded.

His dad, Dre, who has to confess that he had encouraged a car sing-along to West’s song with Jack, word included, offers a knee-jerk defence.

“It’s his birthright,” he declares to his wife. “Jewish kids get to go to Israel, black kids get to say this.”

“That is ridiculous,” Rainbow replies. “Nobody should say it. It is an ugly, hate-filled word with an even uglier and hate-filled history.”

The debate, which expands to include exchanges with other family members, outsiders and Dre’s white and black co-workers, goes back and forth: The word is wrong; it’s wrong for whites, right for blacks; it’s right sometimes, and if the context is fully understood.

Debate, along with laughs, is what Barris says he intended to provoke when he decided to take on the topic.

“I could put up a big argument that it (the word) has polarized and galvanized this country in a way that nothing else has,” he said. For some African-Americans there’s “some kind of community within the idea that that’s what we’ve been called in this country,” and it’s now theirs to own.

He carefully weighed using the word itself on the air.

“We were going to fight to have it said once or twice, but hearing it felt like a barrier to entry” for viewers, he said, with the bleep enough to evoke its power. ABC, especially its entertainment president, Paul Lee, supported either decision, Barris said.

The episode represents the core of “black-ish,” about a dad worried that his affluent family is losing its ethnic identity. More generally, Barris said, the sitcom was inspired by the idea that we’re living in a “post-racial society,” an assertion that he calls patently false given the stream of news about race-related events.

The role for “black-ish” in this social maelstrom?

“Ultimately, we just want to be funny. That’s our first goal,” Barris said. The second one he credits to veteran TV producer Norman Lear, who made socially relevant comedies including “All in the Family.”

Viewers should enjoy the show with their family, Barris suggested, then “let’s talk to our kids we just watched this with and start a conversation.”

Lynn Elber is a national television columnist for The Associated Press. She can be reached at lelber?ap.org and on Twitter at http://twitter.com/lynnelber.