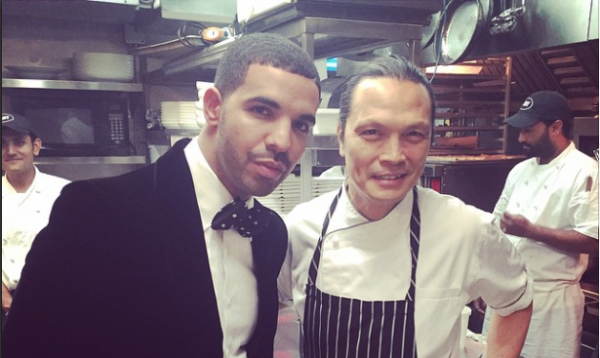 TORONTO _ Chef Susur Lee has confirmed he’s opening a new restaurant and that rapper Drake is involved, but the details are still under wraps.

The Toronto-based celeb chef and cookbook author said a party was held in the new space on Monday night.

The restaurant, believed to be called Fring’s, will be housed in the building formerly occupied by Crush Wine Bar in the downtown Entertainment District. Crush was shuttered in June.

Photos posted on social media showed tennis star Serena Williams at the bash _ Drake and Williams are reported to be a couple _ as well as actress-songwriter Jada Pinkett Smith with son and rapper-actor Jaden Smith.

In a brief phone interview Tuesday, Lee _ who appears on “Chopped Canada” and recently took up a judging post on the inaugural season of “Asia MasterChef” _ said work was still ongoing to launch the restaurant. He said he was unsure of the opening date.

Lee’s two sons, Levi and Kai Bent-Lee, who run Lee’s restaurant Bent, appear to be involved with the new venture. Last year, Lee tweeted a photo of himself with a dressed-up Drake, who was at Bent to celebrate his birthday.