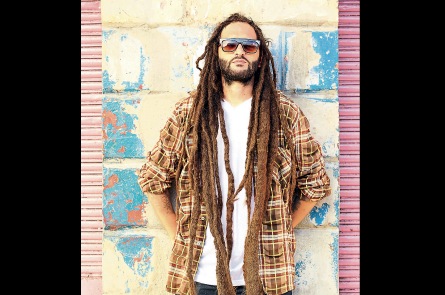 TOURING has become a way of life in the past six years for Alborosie, much in the mould of his musical heroes Bob Marley, Burning Spear, Culture and The Gladiators.

With an established fan base in Europe, South America and the United States west coast, the Italian singer is looking to break new ground with a clutch of dates in Australia and New Caledonia, starting next week.

Another round of dates are earmarked for Africa during the summer. The Dark Continent is also virgin territory for the Sicily-born Alborosie whose latest album Sound The System was released in July by VP Records.

The 38-year-old artiste spoke to the Jamaica Observer recently about the importance of touring. He reckons he spends as long as five months out of the year touring.

“From the first album come out the phone start ring,” he said in his best patois. “Wi start wid Europe, then the United States and South America, now wi looking at Australia and Africa.”

Europe and South America are Alborosie’s biggest markets. He did shows in Paris and Venice in late November, primers for his trip Down Under.

While Europe was the first region to recognise his music, South America has become Alborosie’s happy hunting ground in the last three years. He has been there twice this year, performing in Argentina, Brazil, Chile, Colombia, Costa Rica and Uruguay to promote the self-produced Sound The System.

South America is one of dancehall-reggae’s emerging markets. A diverse batch of acts including Yellowman, Eek-A-Mouse, Anthony B and Sean Paul are popular there, whether performing solo or on festivals.

After years of being stigmatised as a ‘pirate market’, Africa has also become a thriving reggae site. Fans there have embraced the new generation of reggae artistes with Zimbabwe, South Africa, Kenya, Uganda and The Gambia some of the countries where major acts have played in the last five years.

Alborosie plans to tour Africa in August but not before some due diligence by his management.

“Africa is a place where when we go we’d like to do five or six shows, but we have to know what we’re doing. Everything has to be in place,” he said.

Born Alberto D’Ascola, Alborosie first came to Jamaica in 1993. He visited periodically before settling permanently in 2000, the year he recorded his first song, a cover of the Wailers’ Burning and Looting with Ky-Mani Marley.

Songs like Kingston Town, Jah Jah Blessing (with Etana) and Herbalist have endeared him to fans of dancehall and traditional reggae.

Alborosie is expected to perform in major Australian cities of Adelaide, Brisbane, Melbourne, Perth and Sydney.

For the original report go to http://www.jamaicaobserver.com/entertainment/Alborosie-eyes-new-territory_15570540