Anthony B Releases King in My Castle Album 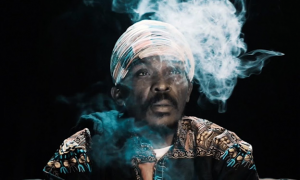 Many artistes have their respective milestones and Reggae artiste Anthony B releasing his 20th studio album is definitely one of them. “King In My Castle” is an impressive collection of 19 tracks that was officially released on May 1, 2020 and is co-produced by Bon Fire Music and Zojak World Wide.

“The whole album is about empowerment. I am a king, you’re a king and you’re a queen. You can wake up and listen to this album and see that there is hope,” the artiste expressed.

With three years of hard work put into bringing it to fruition, the album connects newer and older audiences. 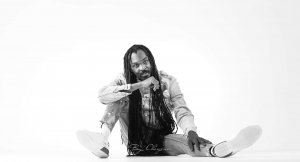 “We spent the time to get it to this level, something that will reflect with us and the people. It is a landmark for us to accomplish this album. The whole aim is to introduce Anthony B to a new generation and also to give my fans something that they have been waiting for from Anthony B,” he added.

It comes as no surprise that the album has already earned its spot on the charts – it has gone global with impressive placements on the iTunes charts in Poland, the USA, Italy and South Africa. The single “Talk Talk Talk” featuring Zamunda peaked at number one on the Finland charts.

“King In My Castle” comes 25 years after the release of the artiste’s first studio album, “Real Revolutionary”, which was released in 1995. His long standing career has seen the release of a plethora of hits over the years, including “Damage”, “Raid The Barn”, “Mr. Heartless” and “My Yes & My No.” Now with this new album, Anthony B is taking a step in a new direction, reaching out to the younger generations.

“Reggae music needs an album like this, the world needs role models. In my time, we had more inspirational people that we could look up to. Nowadays, kids are giving kids advice and that is why we have lost our way,” he explained.

Fans can also become a part of the Anthony B experience with his upcoming song “Jail Bird.” A competition where entrants can submit a verse for the song will result in the winner being added as a feature to the finished product. Fans can also be on the lookout for a track with artiste Collie Budz titled “Chill Out,” The track will be featured on the Collie Rootz Riddim and an accompanying video will follow soon after the track’s release.