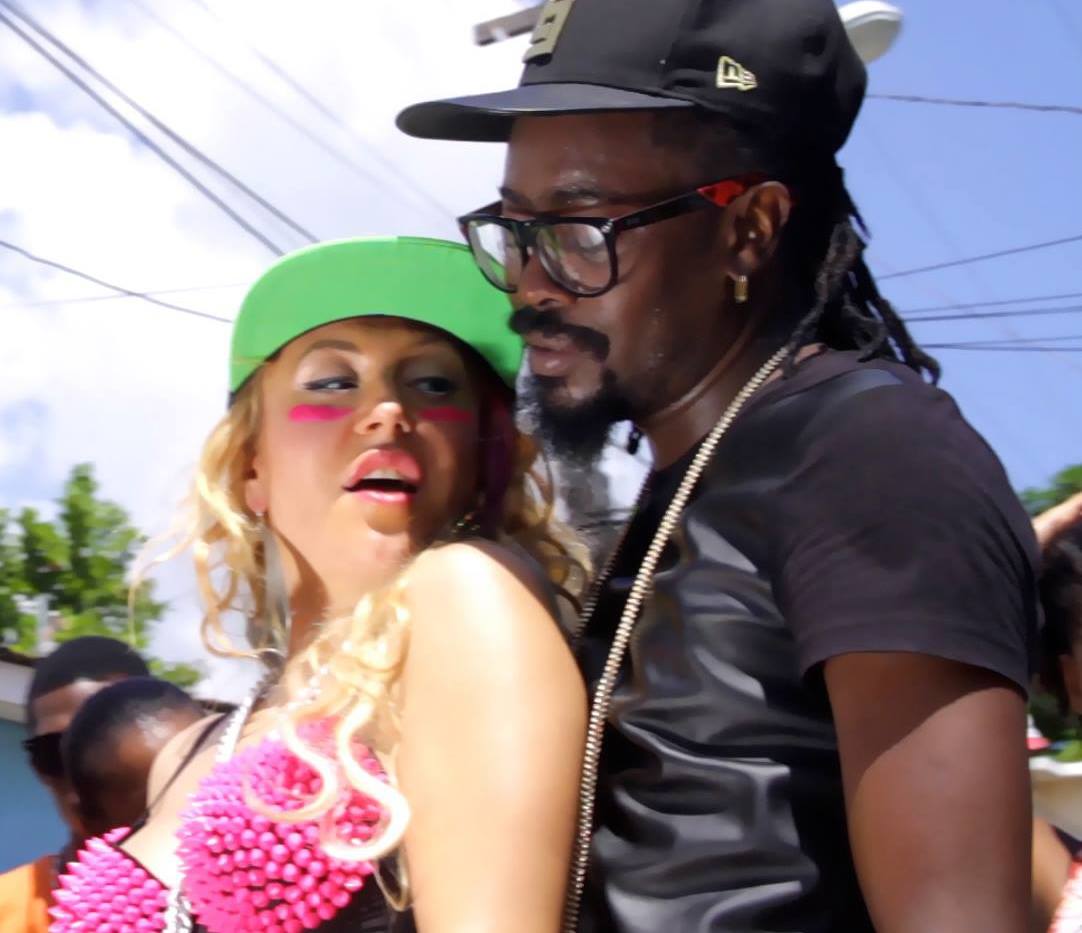 The always-on Orisha Sound and Beenie Man, the King of Dancehall, have allied themselves into a coalition that is sure to bring the world of reggae to the brink of an all-out dance party with their new song “World War III”. With the help of Executive producer Shel-K, Black and Yellow Entertainment, and Zojak Worldwide, Orisha and Beenie Man have prepared a major attack with their haunting and instantly captivating new single. The powerful duo is storming the radio charts with their dominating collaboration. Check out “World War III” on iTunes today.

This all-out assault starts out as a mellow sneak attack with the help of a catchy synth melody and hook. Beenie Man shouts out the orders of the day as Orisha begins to sing her soulful and impassioned war-cry. The army is on its way when the snares beat out the marching orders with the help of the booming bass. The chorus builds up the intensity and the cavalry finally arrives when the danceable first verse is dropped. Orisha’s soothing vocals transition between the beats of Beenie Man, making it instantly addictive. Directed by Marvin Williams, the hot music video was shot in the heart of a Waltham Park in Kingston, Jamaica and will be out in November.

Beenie Man is a Grammy award-winning reggae artist born in Jamaica. After signing to Virgin Records in 1998, he has been dubbed the King of Dancehall. Man’s collaborator on the track, Orisha Sound, grew up on the battlefield of music. She was honing her skills on violin, piano, and vocals while other girls her age were still playing with dolls. By the time she was just nine years of age, Orisha was a seasoned veteran due to her tours of duty that had her playing all across Europe and the United States. Each time on the road exposed her to the many different genres and styles of playing that all found a way into her current modern eclectic sound. “I don’t stay in one place – I move a lot…” Says Orisha, “[I enjoy] the beat of the streets and the studios of LA, Moscow, Kingston, London, Paris, NY… It’s all about the people and their love, hate, sex, faith, fun and struggle. It’s a ‘F**k the police’ mentality.” The musical rebel knows what she wants and takes it with a musical tour-de-force. Her international lifestyle has helped earn her a deal for her own reality show, Project O, which will be airing on PunchTV in the United States and Hype TV in the Caribbean.

Download the new single “World War III” on iTunes and keep an eye out for the “World War III” video in November. Be sure to follow the adventures of Orisha Sound at facebook.com/orishasoundofficial.

For the original report go to  http://neufutur.com/2013/10/beenie-man-orisha-sound-drop-bomb-world-war-iii/#ixzz2j7mS6j00