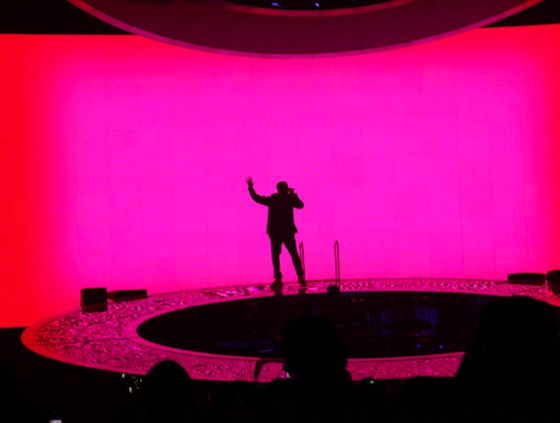 Drake is performing at the Barclays Center for his Would You Like A Tour? Tour in New York City.

During intermission, Drake’s DJ Future The Prince wanted to give the Brooklyn crowd a special gift for the occasion. He premiered the Hit-Boy-produced “Trophies” that didn’t appear on Nothing Was The Same. Backed by some brass horns, Drizzy goes all in with some tough brag raps. Needless to say, we need to hear the full version right away.

Here’s some of the lyrics below.

I hear records on my demo, did y’all boys not get the memo?

I do not stay at the InterContinental, and anything I got is not a rental

I own that muthafucka

A bunch of handshakes from the fakes / But, nigga I do not want to be friends though

For the original report go to http://www.xxlmag.com/news/2013/10/drake-previews-new-song-trophies-in-brooklyn/