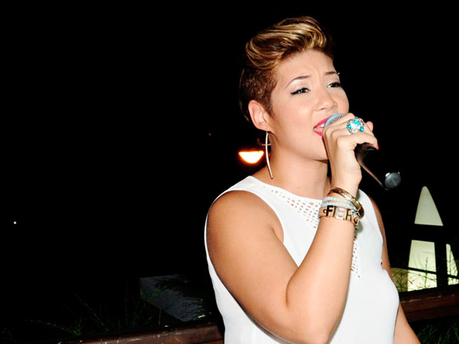 “I’ve just scratched the surface of what I can become,” said Jamaican singer Tessanne Chin before she took to the stage for the knockout round of American music talent show, ‘The Voice’.

Going up against soulful singer Ashley DuBose, Chin was once again in control and dominated her opponent.

Showing her vocal range with Stronger by Kelly Clarkson, it was evident that Chin’s vocal control was superior to her competitor.

“Tessanne, you made it sound so easy and then you took it to another level,” said judge Christina Aguilera.

Cee-Lo Green remarked that Chin had a “lioness kind of quality”, which could take her to the top.

In the end, Levine chose Chin as the winner of the round.

She is now on her way to the live performance segment of the show.

For the original report go to http://jamaica-gleaner.com/gleaner/20131029/lead/lead3.html