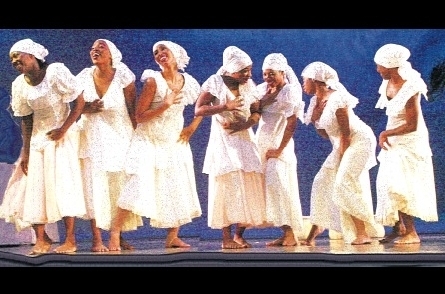 STELLA Maris Dance Ensemble celebrates its 20th anniversary with a season from November 7 to 10 at the Little Theatre in St Andrew.

Founded by Dr MoniKa Lawrence, who now serves as artistic director, and Sister Joseph, past principal of the Stella Maris Preparatory School, as an exploratory group in the early 1980s, it has grown to become one of the recognised performance troupes in the country.

Reflecting on the past 20 years, Lawrence pointed out that the ensemble continues in its quest for a truly indigenous expression by giving young adults a sense of pride in their heritage, and their 20th anniversary marks a continued climb toward creating a Caribbean dance vocabulary and aesthetic.

“A total of seven dances will be mounted for the 2013 season. These will include three new works — Sensacion Loca by Cuban Abeldo Gonzales; Neila Ebanks a founding member of the ensemble and lecturer at Edna Manley College showcases her In Moving Mind and Where is Maria, which I choreographed,” Lawrence told the Jamaica Observer.

The season will also showcase the works Sankofa Ja choreographed by Dr Kariamu Asante of the USA, and Gye Nyame by London-based H Patten.

The ensemble’s renowned work Liza will be remounted for this season.

Lawrence noted that another classic, Professor Rex Nettleford’s Tribute to Cliff will be part of the programme. The piece was first mounted by the National Dance Theatre Company (NDTC) and given to the Stella Maris Dance Ensemble by the late Professor Nettleford.

A former dancer and choreographer with the NDTC, Lawrence noted that over the years she was able to cultivate a great relationship with Nettleford.

“He was also instrumental in guiding my success with the Stella Maris Dance Ensemble as each year since 1994, the inception of the Ensemble to 2009 — the last season before his death — he would review in detail the choreographic works and the technical competence of the dancers, giving me advice on the way forward. This was done verbally and a review written over the past 16 years. He has never missed a performance. He gave me two of his seminal works Dis Poem and Tribute to Cliff. We are the only company besides the NDTC to perform his works. His written comment after seeing the company perform them was ‘Stella has now owned them. I am indeed pleased with the remounting’,” she said.

Lawrence has nothing but optimism for the local dance scene, pointing to the dynamic nature of the lanscape. She, therefore, projects that the Stella Maris Dance Ensemble will continue to make a positive contribution to dance theatre in the Caribbean.

For the original report go to http://www.jamaicaobserver.com/entertainment/Stella-season-begins-Nov-7_15348081