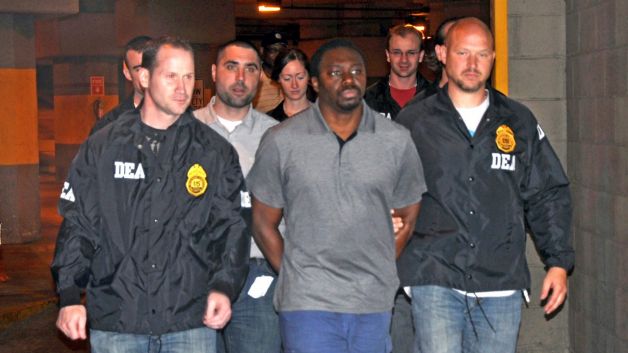 The former CEO of Czar Entertinment, often heralded as a “mogul” for the girth of his business empire, which included managing Game, Brandy, Gucci Mane, Sean Kingston and Salt-n-Pepa, stood trial for a serious “side” hustle of trafficking cocaine around the country in music equipment boxes, and supplying both Brooklyn and Queens with the drug.

“Not all kingpins necessarily deserve a life sentence,” Federal Judge John Gleeson told him, “but you certainly do. You’re a very intelligent and capable person and you chose this life.”

Rosemond has a history of arrests dating back to the 80s, and a street’s-watching rap sheet just as long. He’s most notoriously known for being the commander of the 1994 shooting at Quad recording studio that left Tupac with multiple gunshots and triggered the east coast/west coast beef with Biggie, although, he denies being involved.

Now, in addition to the life-plus-five for the drug operation, Rosemond has had to forfeit approximately $10 million in illicit income to the government; and next month, Nov. 18, he faces trial in Manhattan Federal Court for allegedly ordering a hit on a 50 Cent affiliate, Lowell Fletcher, who was murdered in the Bronx in 2009. Reportedly, Fletcher’s death was retaliation for slapping Rosemond’s son.

Rosemond had no comment at the time of his sentencing.

For the original report go to http://www.bet.com/news/music/2013/10/28/jimmy-rosemond-sentenced-to-life-in-prison.html