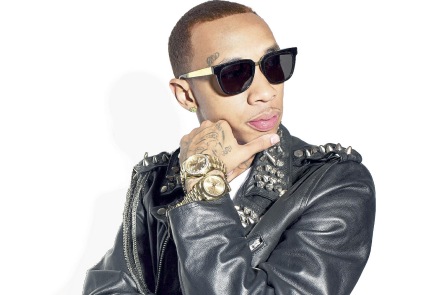 TYGA’S career is on the verge of exploding, not only further in the music arena, but in mainstream pop culture, once his Kim Kardashian-executive produced reality show, featuring his family, is released.

On the heels of the show’s release, Tyga has decided to go the Top 40 route with Justin Bieber on his new single Wait For A Minute.

The track is a mid-tempo hip-hop mash-up with R&B, done in typical fashion for a song catered to both Tyga and Bieber’s female fans.

Vocally, Bieber’s post-puberty husky vocals shine on the track, providing the melodiousness needed for dominating radio airwaves. Bars-wise, Tyga delivers a bit too many punchlines, some coming across as banal.

With Tyga gearing up to release his next project entitled The Gold Album, and his upcoming reality show, Wait For A Minute, is a good way to keep the rapper in the spotlight until the Kardashian-led mania begins.

For the original report go to http://www.jamaicaobserver.com/entertainment/_15343329