Dancehall set to ‘blow up’ in a big way, says Hanna 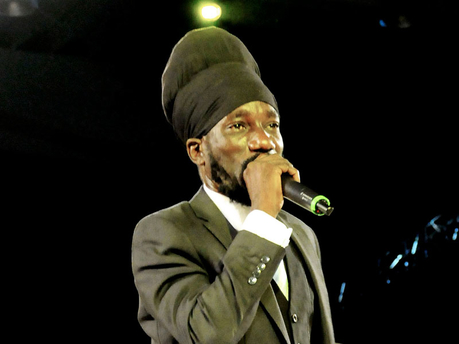 After a five-year hiatus, Red Stripe Beer Vibes is back in town, and with Sizzla back at the controls.

The distinctive sound-clash party was hosted by the extremely talented and well-respected entertainer in August, and he brought the house down. Promoters, RAS Promotions, are hoping he brings a repeat performance as the event makes a return to the capital on December 14.

“We’ve been away from Kingston for the past five years, but Red Stripe Beer Vibes has been alive and well as premier entertainment property on Super Sunday Night during the Smirnoff Dream Weekend in Negril,” said Stephen Price, of RAS Promotions.

“The event will be hosted by Sizzla Kalonji, who made the Negril edition of Red Stripe Beer Vibes one of the best events of the year to date.”

Price revealed that Sizzla is the cherry on top of a supercharged entertainment cake that sees the renewal of old rivalries with Fire Links and Tony Matterhorn taking centre stage.

“We will have Black Chiney out of the USA [United States] and the international DJ, Jazzy T, from Renaissance,” Price said.

“It’s awesome to have Jazzy T back on the line-up as he was there back in the day when RAS Promotions brought dancehall uptown by putting on the first session with Stone Love and Renaissance, unleashing a change in the party promotion culture from that day.”

RAS promotions will have a special surprise DJ for the crowd.

Title sponsors Red Stripe, one of the original supporters of indigenous music, was only too happy to be part of the experience that promises to be among the most memorable for the Christmas season.

“RAS Promotions approached Red Stripe about bringing their distinctive sound clash experience to Kingston and we were only too happy to be on board,” said Erin Mitchell, Red Stripe’s brand manager.

“It is a great opportunity for Red Stripe to showcase the breadth of our beer variants, including the new Red Stripe Burst, and allowing fans to be entertained with Jamaica’s finest sound systems. With Sizzla returning to hosting duties, this will be the event to start the Christmas party season.”

Beer Vibes will be held at The Dome, which, before December 14, goes by a better-known name in the city of Kingston.

“It will be held at the National Arena which will be recreated in spectacular fashion to create a fascinating display of technology and energy,” Price revealed.

“For that night, the National Arena will be renamed The Dome. It will be partying on steroids, with the blazing energy of dancehall talent in an incredible display of lighting and sound. Many persons have asked why the National Arena. I say why not? It’s one of the most central locations in Kingston with secure parking which will be well lit for the comfort and security of our patrons.”

For the original report go to http://jamaica-gleaner.com/gleaner/20131128/ent/ent7.html