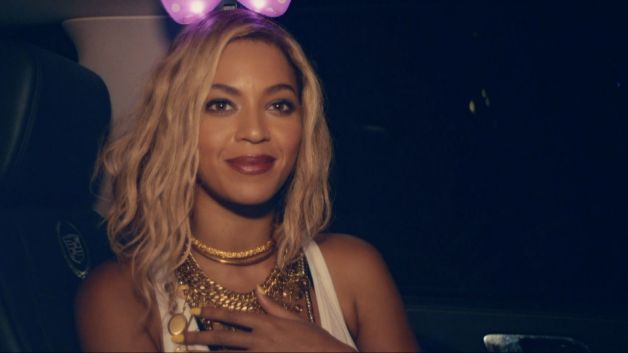 At the beginning of her song “XO,” a sample of an audio clip from the 1986 Challenger Space Shuttle crash is used. “Flight controllers here looking very carefully at the situation,” a NASA public affairs officer is heard saying. “Obviously, a major malfunction.”

This is what many people around the nation, who were watching the takeoff, heard just before the tragedy occurred. The entire crew aboard the shuttle — all seven people — perished that day.

The widow of flight commander Dick Scobee says there is surviving family that is “disappointed” by Bey’s decision. “We were disappointed to learn that an audio clip from the day we lost our heroic Challenger crew was used in the song ‘XO,'” said Dr. June Scobee Rodgers. “The moment included in this song is an emotionally difficult one for the Challenger families, colleagues and friends.”

A statement came from NASA as well: “The Challenger accident is an important part of our history; a tragic reminder that space exploration is risky and should never be trivialized,” NASA spokesman Allard Beutel told CNN. “NASA works every day to honor the legacy of our fallen astronauts as we carry out our mission to reach for new heights and explore the universe.”

The weight of the moment is not lost on Bey. “My heart goes out to the families of those lost in the Challenger disaster,” she said in response, via a statement. “The song ‘XO’ was recorded with the sincerest intention to help heal those who have lost loved ones and to remind us that unexpected things happen, so love and appreciate every minute that you have with those who mean the most to you.”

She added that, specifically for those who are most directly affected by the Challenger crash, the included clip is meant as a memorial. “The songwriters included the audio in tribute to the unselfish work of the Challenger crew with hope that they will never be forgotten.”

For the original report go to http://www.bet.com/news/music/2013/12/31/beyonce-addresses-use-of-challenger-crash-audio.html