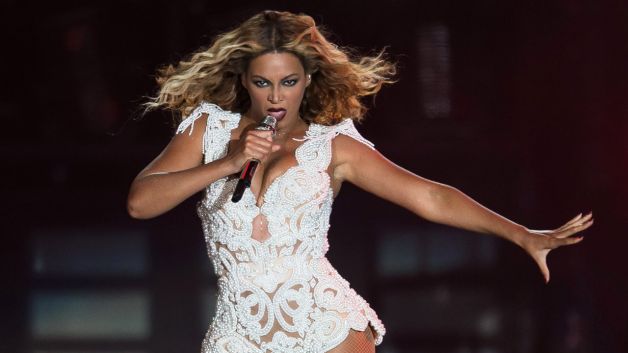 Mrs. Carter — more than just his little wife — is set to reach her biggest No. 1 solo debut,Billboard reports.

After only three full days of availability, no formal announcement, and with limited distribution, her self-titled surprise fifth album, Beyoncé has already surpassed 550k in sales, toppling her B’Day(which opened at 541k), her last latest, 4 (which opened at 310k), her I Am … Sasha Fierce (482k), and her very first solo LP, Dangeroulsy in Love (317k).

The “visual album,” a collection of 14 songs and accompanying videos, released at midnight Thursday (Dec. 12) with no promotion in the marketplace whatsoever (other than a couple of sneak peaks leaked earlier in the year and social media curiosity about when, when, when), giving her and the BeyHive only the weekend to push units for those first week numbers.

All her other albums — as are most — were released on a Tuesday, giving her six days worth of sales for first week tracking.

Making the power move even more outstanding is that Beyoncé is currently only available on iTunes (until Dec. 20), with no singles available for á la carte purchase (the entire album must be bought for $15.99).

Word is, physical copies are being pressed up for the final holiday push.

“Beyoncé is bigger than a single. Beyoncé has created a movement,” said Reggie Rouse, CBS Radio VP of Urban Programming. “She just kills it. She is the standard. Beyoncé made every radio station, blog, TV station react to what she did.”