Binelly Blazes with Roll Out Track 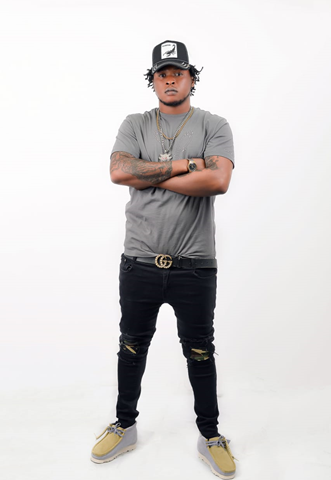 Dancehall artiste Binelly has a brand new track blazing the airwaves titled “Roll Out.” Produced by Quefa Don Records, the track was officially released on October 19, 2020.

Filmed in his hometown, Salt Marsh, located in Trelawny, the accompanying music video was released on the same day as the track. Directed by Shot N’ Stunning Production, the intriguing visuals showcase the artiste’s acting skills and have been gaining traction and rave reviews since its premiere.

“I’ve been getting very good feedback on the track so I’m really just appreciating the movement right now,” the artiste expressed. The all-rounded artiste has been crafting his own unique sound since his musical debut.

“When entering the studio, sometimes I don’t have a solid option or idea of what kind of song I’m going to record because I’m a diverse artiste. I build my lyrics, flow and melodies and they always sound great because it all comes from my heart and soul; as soon as the beat starts playing, I start singing,” the artiste explained about his own process.

Known for previous singles such as “Stick To Miself”, “Rich”, “Badness”, “Real Dawg Dem” and “Man A Rise”, the artiste is gearing up to release new music in the new year. Plans are in place for the production of a brand new album, which is slated to drop in February. As he prepares to record new tracks, the artiste is constantly working on his artistry.

“It’s a thing I work hard on because I listen to other musical artistes and I realize that you’ve got to have your own unique sound and style of lyrics, flow and melody in order to make it big and hold your own in the music industry,” he said. As it relates to making it in the industry, he has advice for other artistes, current and aspiring.

“Keep pushing yourself to the limit and keep going forward until you find yourself. Once you find your true self, you’ve gotten all that you need,” he added.