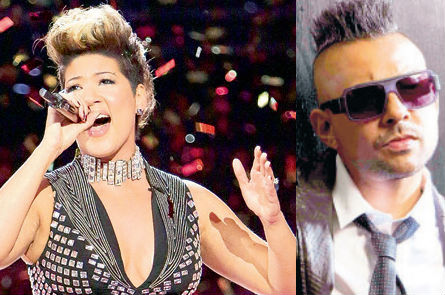 Tessanne Chin’s cover of the Simon and Garfunkel classic Bridge over Troubled Water, makes her the second Jamaican in one year to make the Billboard Hot 100 chart.

The song is at 64 on the respected chart.

Chin performed the song during the semi-finals of the NBC talent show, The Voice, which she won Tuesday.

It became an instant hit on iTunes with first week sales of 60,000 copies, according to Soundscan.

Chin registered moderate sales on Billboard’s Digital Reggae Singles chart during her stint on The Voice.

Her rendition of No Doubt’s Underneath it All has sold over 22,000 downloads and topped the Digital Reggae Singles chart. Her cover of Jimmy Cliff’s Many Rivers to Cross and her own single Hideaway have also popped up on that table.

Tumbling Down, Chin’s coronation song (which is being promoted as her first American single) was written by One Republic’s Ryan Tedder.

For the original report go to http://www.jamaicaobserver.com/entertainment/Tessanne-creates-history-on-Billboard_15669641