The Poetic Story Of The Passion Of Our Christ

This is possibly the trial of the century which is about to get on in full swing. At least two of the main players have given their opening statements so far. Much more is to come. It may be an understatement to state that this case is highly charged with racial overtones.

“What it means to have betrayed this badge when he used excessive force. Floyd was defenceless.  Our objective is for a fair trial for the accused. Secondly, we plan to show you that Chauvin was far from innocent.  I  can’t breathe, sir I can’t breathe.”

The prosecutor Mr. Blackwell,  who is Prosecutor for the State of Minneapolis, Minnesota on May 25, 2020. further stated inter alia: 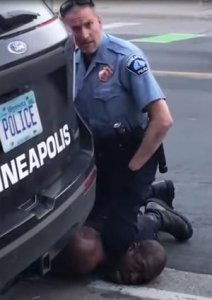 “Derek Chauvin used his knee to crush to death George Floyd. He applied excessive force for nine minutes and twenty nine seconds.  (9 mins & 29 seconds) for 27 times Floyd cried out saying that he could not  breathe while Chauvin was kneeling on Floyd’s neck with one foot and the other one was on his back.  Floyd was handcuffed and under the control of the police. He was unarmed and Chauvin knew that. Floyd was threatening no one. As a public official he violated that police badge.”

“The accused is presumed innocent and deserves a fair trial.”

So declared the public official, the Prosecutor in his opening statement in the case against the accused Derek Chauvin et al.

Hopeton O’Connor-Dennie is a veteran journalist who is monitoring this case and will keep you our values readers updated. He has international exposure.