Custody Courts Beware of Role of Females In Violence.

NEW YORK, April 2, 2021 /PRNewswire/ — Natalis Ruby (https://www.natalisruby.com) recently announced the release of “Good Fridays” distributed by DFD MUSIC / SYMPHONIC.  Natalis always prays to God over the trajectory of her life. During the pandemic, she said to God “if I’m ever given the opportunity to glorify your name through music I will not say no.”  In December her prayers were answered when Davis Chris & Mr Foster reached out to her about working on an upcoming Gospel Album.  The Good Fridays album was created to celebrate life because Natalis also battles with Lupus on a daily basis.  The ultimate goal of this album is for it to spread to all youth ministries around the world. 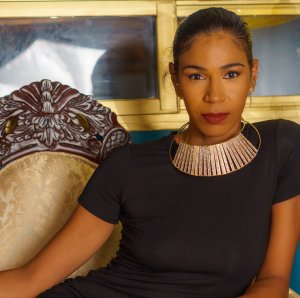 Natalis, is a multi-platinum, Two time Grammy Nominated Artist straight out of the Bronx, NY who battles Lupus on a daily basis. Lupus strikes mostly women of childbearing age. People with lupus can experience significant symptoms, such as pain, extreme fatigue, hair loss, cognitive issues, and physical impairments that affect every facet of their lives. Many suffer from cardiovascular disease, strokes, disfiguring rashes, and painful joints. 90% of people with lupus are women. “Have you ever heard music that moved you to the point where you wanted to tell all of your friends about it? Well, that’s the type of feeling you may experience when listening to “Good Fridays” says Natalis. Her connection with music strengthened when she lost both her maternal grandparents and her father, who were all musicians. Her therapy became alone time in her room, writing poetry that would turn into belted lyrics, while pretending to be on stage. Now, you can experience Natalis’ angelic voice appearing as a background vocalist on J. Cole’s platinum selling album Born Sinner (Roc Nation) and Kanye West’s Yeezus (Def Jam) and singing lead on the anthem of computer animated TV series, Bratz “Rock Angelz” (Hip-O Universal). Her pen has also been featured on international double platinum hit “Fuego” by Eurovision runner up, Eleni Foureira and hit Lifetime biopic Wendy Williams The Movie (2021).

“Good Fridays” has been distributed worldwide by Symphonic / DFD Music

DFD always welcomes media inquiries, in addition to reviewing and receiving new talent. Follow them on social media at:

Davis Chris: @iamdavischris for all platforms.

Shane Foster: @iamshanefoster on all platforms.