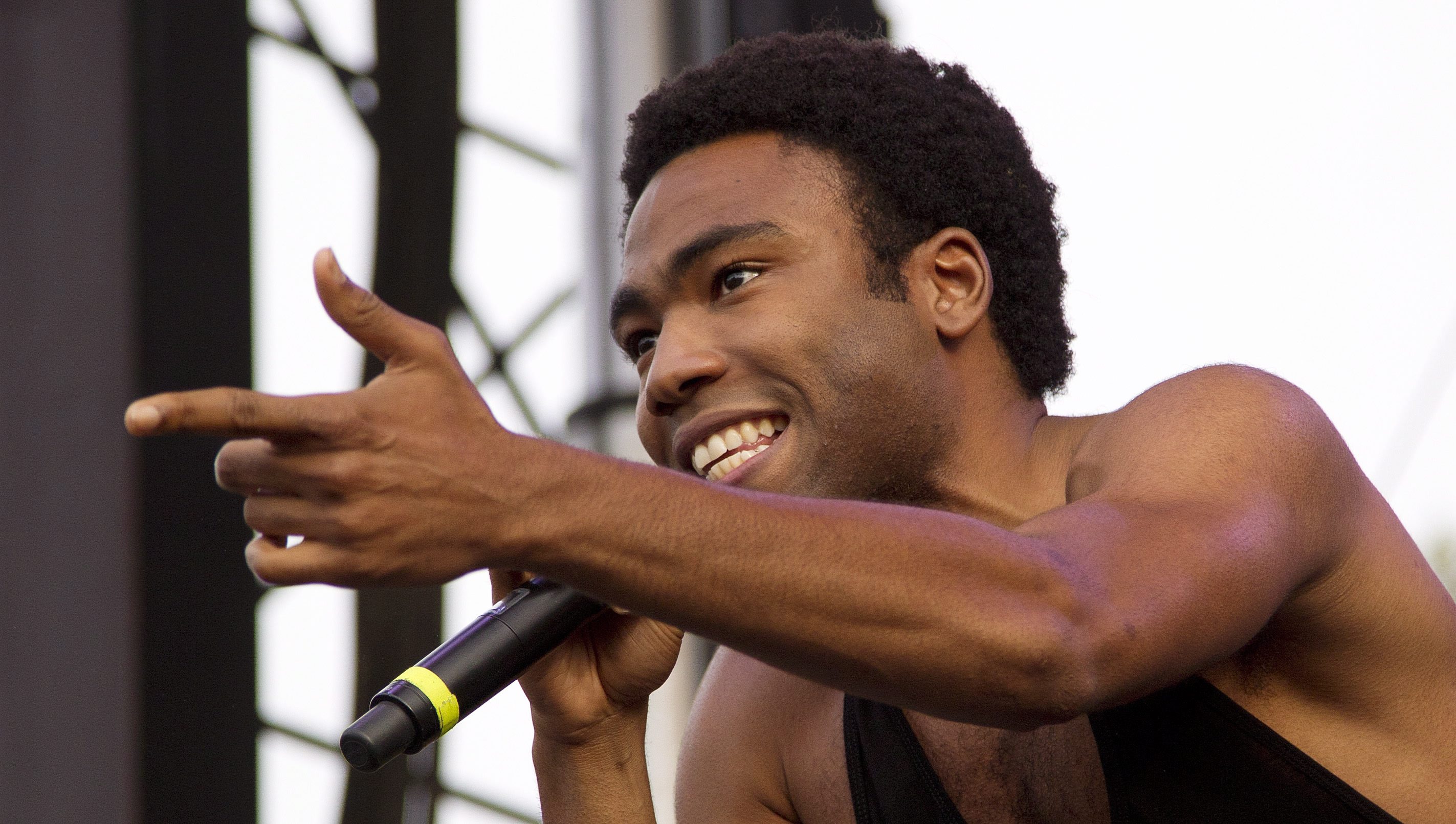 LOS ANGELES _ Like a trip through pop music history that ended on the cutting edge, covers from the past five decades of Rolling Stone magazine beamed across the walls of the El Rey Theatre before R&B singer The Weeknd and rapper Childish Gambino took the stage.

The magazine celebrated its partnership with Google Play at a pre-Grammy party Thursday in Los Angeles.

The Weeknd (real name: Abel Tesfaye) plied his silky voice to a cover of Beyonce’s “Drunk in Love.” The 24-year-old Canadian crooner closed his set with his steamy new single, “Earned It,” from the “Fifty Shades of Grey” soundtrack.

Backed by a five-piece band, he slinked through “3005,” his single nominated for best rap performance, and rocked other tracks from his 2013 release, “Because the Internet,” up for best rap album at Sunday’s Grammy Awards.

“This album is blowing up,” he said, “so thank you for listening to it.”