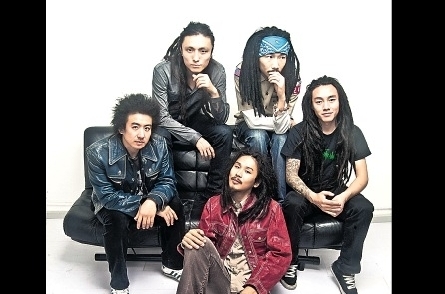 This is the second of an eight-part series on reggae bands from around the world.

CHINA was overwhelmed by the amazing performances of Jamaican athletes and culture at the 2008 Beijing Olympics.

Reggae is slowly catching on in the land of the Great Wall and the Long Shen Dao band is among those leading the charge.

The quintet perform a mix of Mandarin, ska, dub, ragga and electronica.

Long Shen Dao’s members are from diverse backgrounds such as Beijing and Inner Mongolia. Band leader and bass player/vocalist Guo Jian, who is from Shandong province, says while reggae is not as popular in China as neighbouring Japan, it has a following in major centres such as Beijing.

“Reggae is a style of music that few people know about here in China, much less so than rock which is also less represented than popular or traditional music,” he explained. “Those who like rock music can also understand or have heard reggae music and can accept it as part of the modern styles of music available. It’s slow to develop but Chinese people seem to like what they’re hearing as reggae becomes more and more popular here,” Guo Jian added.

Most of Long Shen Dao’s members were initially in rock bands. They found common ground with reggae.

“We also believe that this world only has one love, a global love — we believe in the whole ‘one love’ concept,” he reasoned. “What’s more, reggae music is a form of music that is like sunshine, helps people communicate with each other, and helps people dance. It brings

Since forming in 2007, Long Shen Dao has recorded one album, Tai Chai Reggae, which was released two

They hope to complete their second album by December.

For the original report go to http://www.jamaicaobserver.com/entertainment/Chinese-band-smitten-by-reggae_15357840