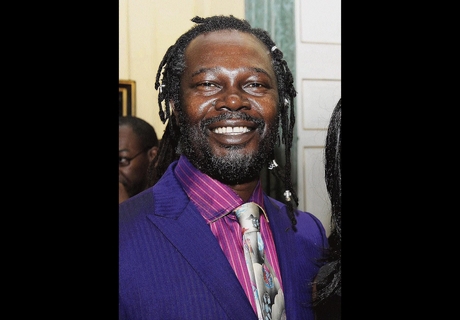 With his folksy Clarendon charm that convinced two high-powered partners to invest in his Reggae Reggae Sauce, Levi Roots launches his first venture in Jamaica with the opening of the Levi Roots Store on November 5 at Devon House.

Packed with his famous Caribbean-inspired sauces and condiments, the handsomely decorated store boldly encourages shoppers to “Put some music in your food”, Levi’s mantra and tag line for his brand.

Special Advisor to the Prime Minister Ambassador Burchell Whiteman will cut the ribbon while Levi will entertain his guests.

“We chose Devon House, a cultural symbol of Jamaica’s diversity which is patronised by both local and foreign shoppers,” says Levi.

Reggae Reggae Sauce was born in Levi’s kitchen in the West Indian section of Brixton in London. He and his children concocted several sauces that his friends enjoyed. Soon he was selling the product out of a bag on his back at food fairs and neighbourhood events.

Levi was made famous in 2006 when he appeared on the Dragon’s Den, a BBC reality programme that pits venture capitalists against entrepreneurs looking for funding. Singing his pitch and playing the guitar, he captured the imagination of millionaires Peter Jones and Richard Farleigh, who both invested in his idea.

After his appearance on Dragon’s Den, Sainsbury’s, one of Britain’s top-six grocery chains, signed an exclusive deal to sell the sauces in its stores, giving the brand a major boost.

For the original report go to http://jamaica-gleaner.com/gleaner/20131031/ent/ent2.html