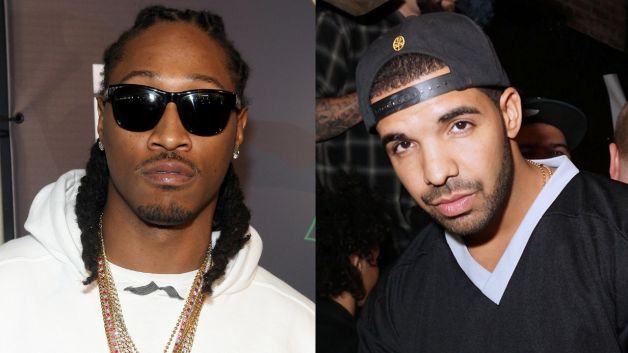 Future is gearing up to file a $1.5 million lawsuit against Drake for kicking him off the Would You Like a Tour? jaunt launching next week.

According to The New York Post, an interview with Billboard.com got Future booted off the tour.  “Drake’s made an album that is full of hits but it doesn’t grab you,” he told Billboard Associate Editor Erika Ramirez, who tweeted out some of the quotes from her talk with the “Honest” rapper.

“They’re not possessive,” Future continued, critiquing cuts from Drizzy’s Nothing Was the Same. “They don’t make you feel the way I do.”

A source claims Drake flipped over the quote. “He told his agent either Future gets fired, or he’ll fire him,” the insider said.

After the story went live, Future took to Twitter with a denial, accusing Billboard of taking the comments — which he thought were off the record — out of context. The story was later edited online but Ramirez never removed the tweets.

The Freebandz affiliate was expected to earn $40,000 a night on the 39-date trek also featuringMiguel, totaling just over half a million dollars. A rep for Billboard told Page Six, “We regret that miscommunication surrounding Future’s recent visit, one that seemed clear to us was on the record, may have caused any trouble for the artist.”

This isn’t his first time Future has pulled out of a rap tour. Over the summer the Atlanta native “disassociated” himself from Lil Wayne and T.I.‘s America’s Most Wanted Tour. He has yet to speak on this latest money matter.

As for October’s Own, he’s been burned by his rap peers before. Kendrick Lamar dissed Drake, his “Poetic Justice” collaborator, via “Control,” which Drizzy beleives was a publicity stunt.

At press time, Drake’s rep did not respond to BET.com’s request for comment on Future.

For the original report go to http://www.bet.com/news/music/2013/10/15/report-future-prepping-1-5-million-lawsuit-against-drake.html