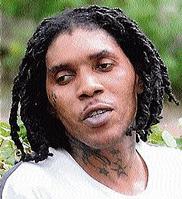 Following Vybz Kartel’s assertion that dancehall is stagnant without his presence during a recent interview, some music industry players have begged to differ.

They claim that even though the deejay is missed, dancehall still remains a powerful force.

According to popular selector and record producer Foota Hype, he does not agree with Vybz Kartel’s opinion because it discredits the work of several local artistes.

“If he means that dancehall doesn’t exist out of prison, I don’t agree with that. A part of dancehall is missing because he has a huge fanbase. But no one artiste can hold up dancehall,” he said.

Foota Hype also listed Chronixx, Busy Signal, Konshens and I-Octane as persons who are doing well to assist in dancehall’s progress. The selector says based on what he has seen during his international exploits, dancehall is definitely not in jail.

Brother and former manager of Gregory Isaacs, the controversial Ruddy Isaacs, also shared a similar opinion as Foota Hype. He says Kartel’s contention is frivolous since he did not create dancehall, but is instead a product of it.

“Vybz Kartel cyah be dancehall, him come see dancehall and when him dead dancehall will still be here. A matter of fact, dancehall is a place where people go to dance. This is stupidness, Vybz Kartel alone can’t bring dancehall nor reggae music. A nuh every time a man who look like him a win him actually winning. That’s why on shows likeMagnum Kings and Queen of Dancehall, a man will be the winner of the show but is a man like Jah Bouks really a duh the real things, nuff artiste a put een good work,” Ruddy Isaacs said.

The veteran manager also questioned Vybz Kartel’s merit for making such a claim.

“Since Vybz Kartel a hold up the music alone, show mi him song dem pon Billboard. Wey dem deh? Only Romping Shop, an dat a long-time ago, and it was a man melody suh him nuh must get nothing from that. Mi nuh have nothing against him, but a rubbish him a chat. All some song wey dem a talk bout a hit a nuh hit. A man buy a $1,000 phonecard and vote fi him own song and sey a hit. A sell song fi sell fi determine hit,” he said.

On the other hand, dancehall producer Elvis Redwood believes Vybz Kartel is right. According to the Lost Angelhitmaker, Vybz Kartel has maintained a consistent presence on local charts and in the dancehall since his incarceration, which is an indication that dancehall is in prison.

Aside from implying that dancehall was in prison with him, Vybz Kartel also further stated that the current dancehall artistes are merely recycling his work.

“Look for yourself. Since I’ve been in jail, reggae has taken over because it’s a refreshing alternative to dancehall for the young kids who realise the artistes of dancehall are just recycling Kartel lyrics and flow. It’s pathetic,” he said.

For the original report go to http://jamaica-star.com/thestar/20131015/ent/ent2.html