Returns To His Director’s Chair For New Video

Will Perform Next Sunday at the 2021 BET Awards 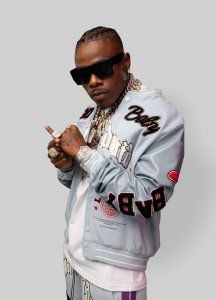 DABABY RETURNS WITH NEW SUMMER SMASH “BALL IF I WANT TO”

June 18, 2021 /PRNewswire/ — With the summer officially back in action, DaBaby is ready to heat things with his new anthem, “Ball If I Want To.” For his directorial debut, Baby pieces together a larger-than-life visual with video producer Gemini Vision. From the classroom to the playground, Baby proves once again why he remains rap’s most prolific force.

After taking home two Billboard Awards (Rap Song and Top Streaming Song for his 5X Platinum smash “ROCKSTAR”) and seven BET Awards nominations, DaBaby’s year-long dominance showcases why he remains pandemic proof and one of music’s biggest superstars. Not only did he conquer the Billboard Hot 100 with his chart-topping single “ROCKSTAR,” but he remained atop of the elusive summit for a smoldering seven weeks. His 2020 proved to be a momentous one, as he secured 32 Hot 100 hits along with his second No. 1 on the Billboard 200 with Blame It on Baby. Dua Lipa and DaBaby’s smash collaboration “Levitating” remains an active player on the Billboard’s Hot 100, as it currently sits at No. 3 on the charts.