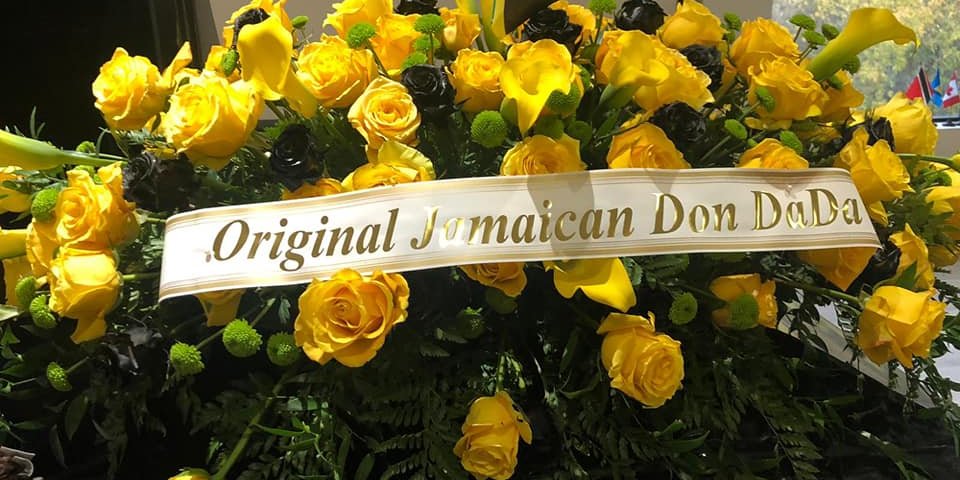 It was a somber affair at the funeral of the late great dancehall and movie icon Louie Rankin over the weekend.  It started with the viewing on Friday October 25th and continued with the service and burial on Saturday October 26th 2019.  It was an all day affair. Friends and family of this great legend were in attendance sharing their memories and paying their respect to the family. 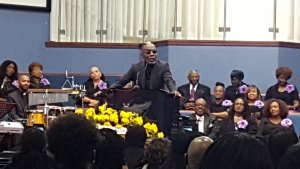 Louie was well connected and had lots of friends in high places.  He was friends with high profile entertainers from the USA such as DJ Khaled, DMX, Nas, Snoop Dogg, Wyclef Jean T.I, and the list goes on. One of his coworkers and friends was a man named Paul Campbell who played a character called “Mad Max” alongside Louie’s character “Teddy Bruckshot”  in the independent Jamaican gangsta film  “Shottas”.  Paul Campbell was in attendance at his funeral and spoke a little about the relationship the two of them had working together and thanked him for the contribution he has made for the arts of Jamaica.

“I thank you for making an invaluable contribution to the arts of Jamaica” Paul Campbell.

Jamaican celebrities such as Popcaan, Paul Campbell and every major local DJ, local rapper and industry insiders from Toronto was at his Celebration of Life the week before on Friday October 18th 2019.  The Celebration of Life was held at a club called District Nightclub in the west end of Toronto.  It was a peaceful night as his family, friends fans and associates turned out to listen to his music and have a drink for the late legend. 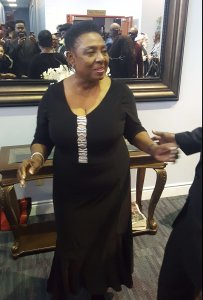 The Honorable Olivia “Babsy” Grange who is the current minister of Entertainment, Sport and Culture under the current Jamaican PM Andrew Holness was in attendance. This high ranking Jamaican official attended his funeral and represented for not only the Government of Jamaica but also for all of his fans back home in Jamaica and around the world who could not make it.  She spoke at his funeral about the contributions he has made to the Jamaican culture through acting and through music.  It was a very nice gesture from the current Jamaican Prime Minister Andrew Holness to send one of his highest ranking officials to attend the funeral and it was well received.  Keep up the good work PM Holness and Minister Grange!

Minister Grange stated during her speech at the funeral that the current Andrew Holness lead JLP Government of Jamaica had started a new program since taking power which highlights and awards Jamaica’s reggae icons and legends.  She said that Louie Rankin is a legend and she will personally be nominating him for this Reggae Icon Award in the coming year. She included his name among Jamaica’s greats like Bob Marley and Miss Lou.

The burial was quite emotional but at the same time was quite exciting.  The hearse which carried Louie’s body was like a mobile sound system.  Reggae music played from the hearse.  Songs from I-Octane “Lose a friend” and Popcaan’s “Family” got pulled up several times. When Koffee’s “Toast” played the liquor started pouring out of the bottles and the ganja started to really burn.  This was a true Canadian Jamaican funeral.  Louie is buried beside his sister who died about 10 years ago.  This was his wish…..

The attendance at the funeral was quite good. For a small funeral service with just his family and friends, which was his wish, there was a lot of people.  Louie comes from a big family with lots of siblings, children and even grandchildren. They were all there.  For those who could not make it the funeral was live streamed over the internet.  See the youtube video below of the service.

written by Alwin Marshall-Squire editor in chief of Vision Newspaper and also close friend and God Brother of Louie Rankin.  Louie is the Godfather to my daughter who misses him very much.