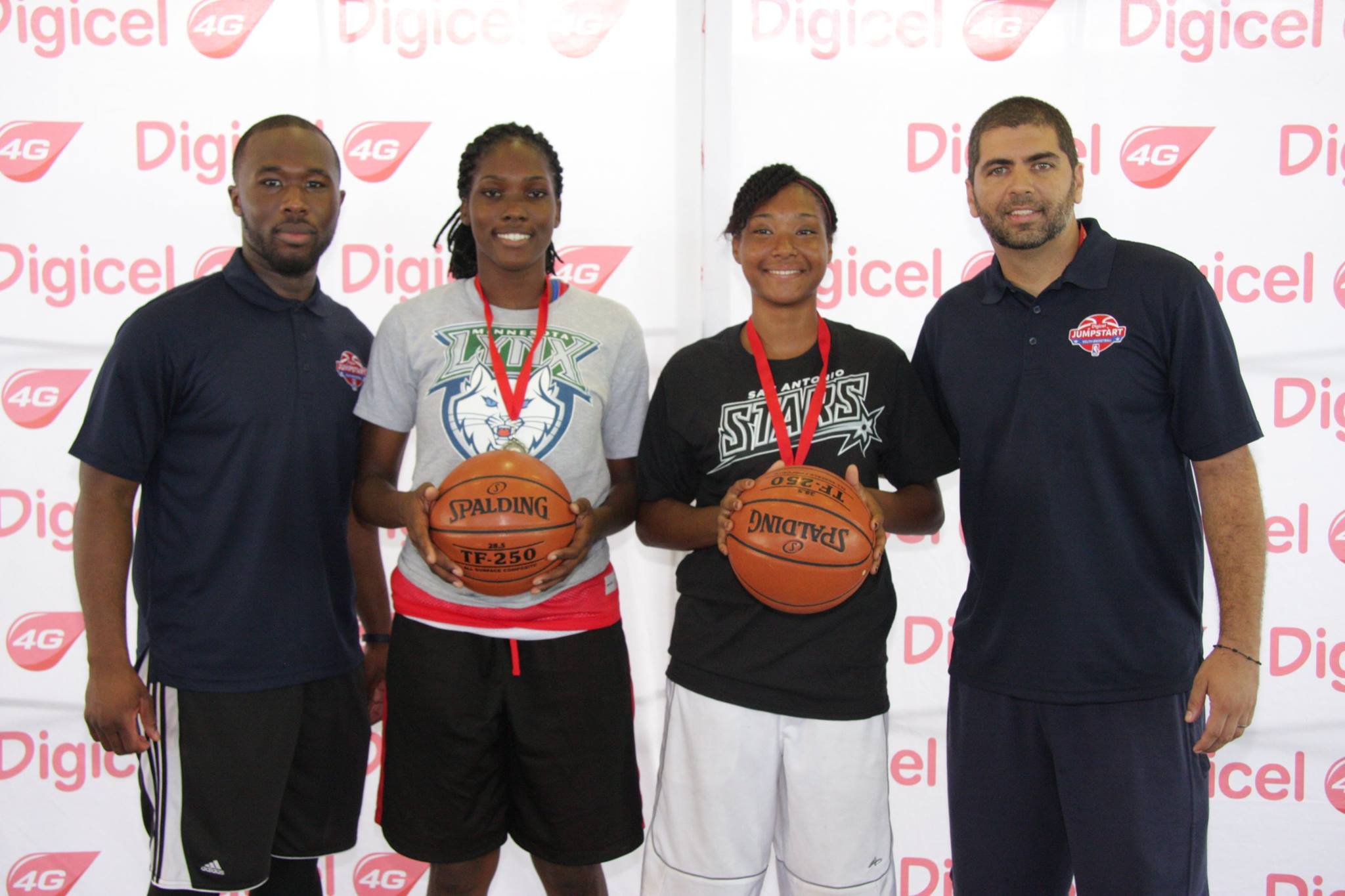 Digicel NBA Jumpstart Clinics move on to Dominica and Trinidad and Tobago on September 23-25, 2016

The seven basketballers from the Jamaica that were selected to attend the Elite Camp in October are Amani Cook, Daniel Jones, Jeffrey Zheng, Pierce Mackenzie, Samora Williams, Shadae Powell and Tyrese Thompson

Senior Manager Basketball Operations Brazil at National Basketball Association, Daniel Soares, said; “The players already have the talent – we just help teach them new ways to use said talent. What I look for, in particular, is the potential to understand the little intricacies of the defenses and offenses and adapt accordingly. I also stress the value of teamwork, respect and sportsmanship which will help them on and off the court.”

Senior Coordinator Basketball Operations Mexico at National Basketball Association, Adrian Alvarez Leo, said; “The kids genuinely impressed me with their knowledge of the game and their enthusiasm to learn and develop their skills. When talent meets the right attitude, you have success and albeit I only spent three days with them, I can tell they are headed for success.”

The next set of Clinics will be in Dominica at Goodwill hardcourt in St. George and in Trinidad and Tobago at the UWI Spec in St. Augustine.

Now in their second year, the Digicel NBA Jumpstart Basketball Clinics train more than 400 of the top male and female talents across the Caribbean. The top seven players from each market will be selected to attend the Elite Camp in the British Virgin Islands in October.

We may not see the immediate return on this investment by Digicel until down the road. These youngster can and do go to greener pastures if our markets cannot hold them.

Development in human capital is never lost … even if these newly minted youngsters migrate to other climes.

We hail the Jumpstart concept … it is an idea whose time has come.

We say keep up the good work of demonstrating sound corporate responsiveness Digicel.