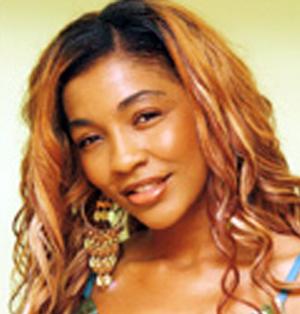 Diamond Music Empire recording artiste D’Angel has landed a supporting role in Jamaican Mafia, a gangster thriller made in the US, which details the experiences of Zoolian Anderson (Zoo-Zoo), a frustrated car salesman who quits his corporate job and descends into the gritty bowels of the Jamaican underworld as he seeks out power, riches, and respect. D’Angel has landed a role as ‘Robin’, the girlfriend of one of the high-profile gangsters.

The artiste shot scenes for her role in the film last week in the USA.

“It was a successful shoot, and I thoroughly enjoyed myself on the set. I play the role of Robin who is a sexy, seductive character who is a bit of a temptress. I shot scenes with actor Paul Campbell and it was a great experience for me. He was very professional and made me feel very welcome. I can’t give away too much, but suffice it to say, Paul Campbell is very involved in my scenes,” she said, laughing.

Production of the movie is scheduled to begin in August, and the plan is to target adult audiences. The producers for the project are Orville Matherson (A Dance For Grace, Nite Lyfe TV) and Elvis Griffiths of Nite Lyfe TV, and the film is being done with screenwriter Mykal Fax in conjunction with Yaad Boiiz Productions, Kingston 11 Films, and Donzo Productions.

“The movie will hit theatres later this year. It is going to be like the Jamaican version of Scarface,” she said.

Last week, she performed alongside her former beau Beenie Man during the Six Flags Caribbean concert in New Jersey, USA.

“The whole concert was awesome, and I had a good vibe with Beenie Man. We are pros, we do what we do best to please the crowd and they loved it. We did One Man and Time of My Life and the crowd loved it. I am doing my best to uplift the culture and represent dancehall and reggae to the fullest,” she said.

She heads off on a club tour of the US alongside Cobra later this month. The artiste’s hit song, Hot Gal March Outjumped to number eight on the HYPE TV Top 20 charts this week.

For the original report go to http://jamaica-star.com/thestar/20130819/ent/ent1.html#.UhLU2PmiGMk.facebook