Addressing Health Inequities in Minnesota Could Save More Than 700 Lives, $2.2 Billion Each Year

Kingston, Jamaica (Sonique Solutions) – The recent Jamaica Carnival weekend was indeed one for the books. Adding to this mix of epic events was the inaugural ‘Hookie Jamaica’ experience which gave fete lovers an opportunity to beat the daytime heat with a pool party extravaganza complete with both breakfast and lunch offerings and an unbeatable collection of Soca selectors.

The first of which is sure to be several regional Hookie events was held poolside at the Constant Spring Golf Club and attracted a mix of Carnival newbies and seasoned ‘feterans’.

Attendees from New York City, Washington DC, Miami, California, T&T, the US Virgin Islands and of course Jamaica came together to share the Carnival euphoria, the refreshing environment and the pulsating music as provided by Hookie Jamaica’s international DJ cast.

The event’s promoters US-based Hookie Life Entertainment and Jamaica’s Renaissance Disco utilized the location well to deliver an easy going layout for those who either wanted to relax and bask in the poolside ambiance or get wet and wild in true Carnival excitement.

In addition to having fully stocked cash bars, bottle service and free shots for patrons, Hookie Jamaica scored points with attendees by not only bringing forth an assortment of complimentary Caribbean and International breakfast options but also lunch offerings as well.

Keeping the crowd dancing both on land and inside the pool were the music stylings of Jamaica’s own DJ Delano & DJ Smoke, the Soca Prince, Dr. Jay from Toronto, Freeze International (NYC) , DC’s DJ Majestic and Mystic Vibes 6.0. alongside other guest selectors.

Fans of this popular fete franchise which included the famous Hookie girls were front and center for its Jamaica debut. One such patron from Florida shared, “I don’t ever miss a Hookie Life event, they always bring a unique, entertaining vibe and draw a really decent fun-loving crowd”.

A Jamaica-based attendee offered this statement, “I’ve never skipped work to attend any party in my life, but I’m so glad I did for this event. It was well organized, comfortable and gave me that much needed dip in the pool before the hectic weekend of parties and the Road March”.

After the success of Hookie Jamaica 2018, the organizers are now putting plans in place for Hookie Jamaica 2019. Hookie Life Entertainment is also gearing up for another edition of the popular Hookie Weekend DC which is carded for June 21st-24th 2018 and features events such as Release Therapy, the Hookie DC pool party, Lion’s Pride J’ouvert and Riddim & Road. 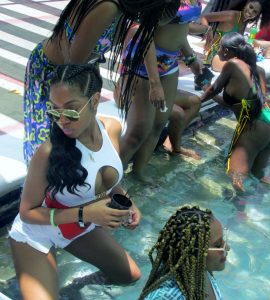 The inaugural Hookie Jamaica experience which gave fete lovers an opportunity to beat the daytime heat with a pool party extravaganza. 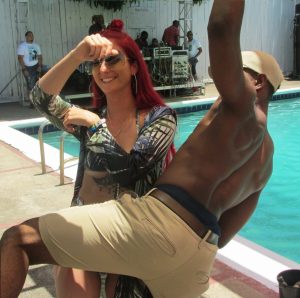 Attendees from New York City Washington DC Miami California TT the US Virgin Islands and of course Jamaica were in attendance. 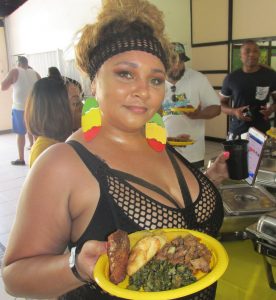 Hookie Jamaica provided an assortment of complimentary Caribbean and International breakfast and lunch options for its patrons. 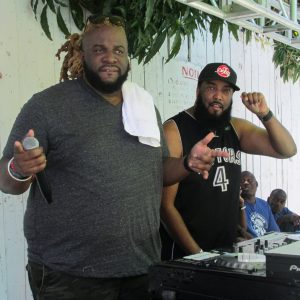 Hookies international DJ cast which included Dr. Jay from Toronto kept the crowd dancing both on land and inside the pool. 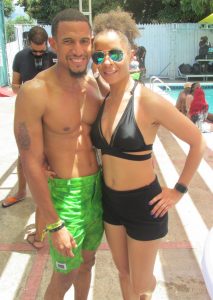 These 2 feterans played hookie to bask in the poolside ambiance at the Constant Spring Golf Club. 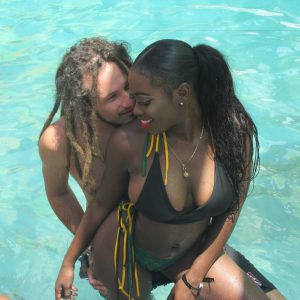 The poolside affair attracted a mix of Carnival newbies and seasoned feterans from around the globe.