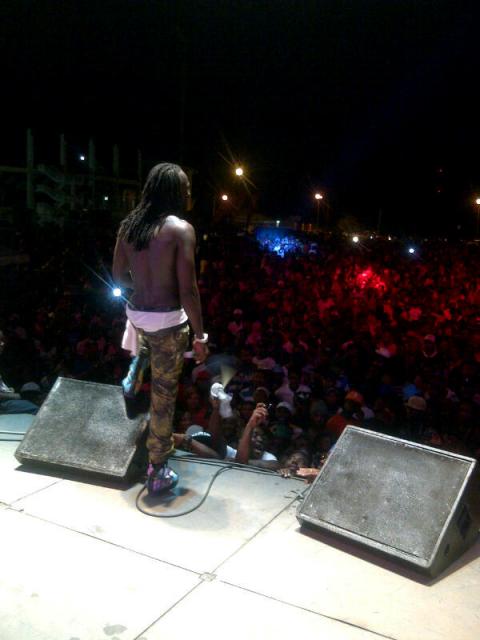 Mavado and his management team were forced to put on a concert after the deejay was unable to perform a scheduled event in Guyana because organizers allegedly failed to honour the contract.

According to Mavado’s management, the deejay was unable to perform on Saturday night at a concert organized Slingerz Entertainment because the promoters failed to pay the balance of performance fee.

Mavado supposedly didn’t want to disappoint his fans and in just 24 hours, Vado and his team organized a concert at the Central American country’s National Stadium charging $5US.

Mavado’s management say despite the short notice, the concert was incredibly well supported.

For the original report go to http://www.iriefm.net/news/music/mavado-stages-concert-after-guyana-promoter-fails