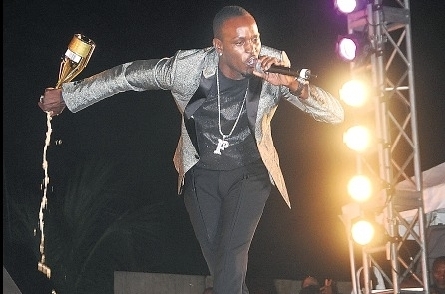 IN an arena known for flamboyant characters, deejay Flippa Mafia certainly stands out even though he does not have a major hit song.

The 34-year-old Mafia (given name Andrew Davis) is also known as the ‘Flossing King’. He and eight other persons are facing charges of cocaine trafficking in the United States.

Federal authorities say he was arrested September 16 in Los Angeles, California, as the mastermind of an illegal drug network that operated between that state, New Jersey and Philadelphia.

He was extradited to New Jersey early this month. His younger brother, Kemar Davis, is among those arrested.

The authorities say between March and May, detectives recovered more than 26 kilograms of cocaine, worth approximately $780,000, two handguns, and more than $600,000 in cash from Flippa Mafia’s associates in New Jersey and Philadelphia.

Flippa Mafia was known to dancehall fans for hurling hundreds of dollar notes into the crowd during his performances.

After repeating the act at last year’s Sting, it prompted talk that he was involved in illegal activity. He denied this in an interview with the Jamaica Observer last December.

“It is not about the hype, but if one is singing about a particular lifestyle his/her actions should portray that,” he said.

“I have been throwing cash for years so if that was the case there wouldn’t be a need to be doing it now. There are some entertainers who will ‘floss’ their money, take drugs among other things. I just do whatever makes me happy,” he added.

Flippa Mafia said his banquet hall and nightclub in Philadelphia were his main source of income.

Mafia grew up in Waterhouse, and attended Norman Manley High school in Kingston. Some of his better known songs are Unfinished House, Star ah Star and Hear mi Hear.

For the original report go to http://www.jamaicaobserver.com/entertainment/Fall-of-the–Flossing-king-_15282286