Who will wear the crown? 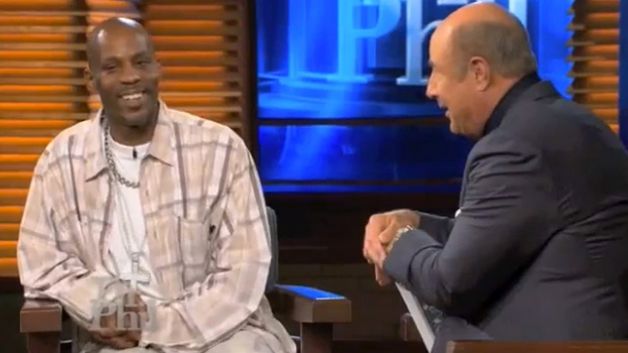 Multi-platinum rapper/actor DMX sat down with venerable TV host Dr. Phil for an hourlong interview in an episode that aired yesterday (Sept. 25).

In the interview taped earlier this month, X tackled a number of topics including his recent arrests, his financial woes and why, if given a chance to do it all over, he wouldn’t change a single thing.

The “Party Up” MC addressed his 11 children (his fiancée is currently pregnant with number 12), saying that regardless of what people may think he is a devoted father.

“They’re well taken care of and I’m an influence, a big influence in their lives and I love all of my children,” X (whose real name is Earl Simmons) said to Dr. Phil, despite having recently fallen on hard times financially, and currently owing $1.23 million in back child support.

He explained his hard times as part of a vicious cycle.

“[Early on] I was making 13 million dollars a year, so if I’m making 13 million dollars a year then I can pay that and I haven’t made that in about 10 years, so of course I’m behind in the payments,” said DMX. “They took my passport, which disables me from going overseas and making money; they [took] my license, so I can’t drive. How am I supposed to work if I can’t travel overseas?” he questioned.

Financial woes aren’t his only worries, however. A string of arrests in the past six months has shed a light on DMX’s substance abuse problems, but the ‘Ruff Ryder’ says he’s finally on the right track.

“I haven’t been high in more than a year. I’m always gonna be an addict. I’m gonna be an addict til I die, doesn’t mean I have to get high,” lamented X. He then clarified “I smoke weed, I drink, but that’s it. And one day that’ll be gone.”

Despite all of his trials and tribulations, DMX maintains that he’s getting his life in order and even made light of being caught on camera streaking in a hotel. “How many people have, on a dare, ran naked through the hallway?” he asked, looking around the audience for raised hands. “That’s at least 30 percent of the audience, but no one’s on TMZ,” he said among a bit of laughter.

And when Oprah‘s former go-to doc asked him about all of his past behavior, the charismatic rapper insists that he regrets nothing.

“I wouldn’t redo anything,” X proclaimed. “It got me right here where I’m at right now, and I’m in a good place. No regrets.”

For the original report go to http://www.bet.com/news/music/2013/09/26/dmx-talks-addiction-and-arrests-on-dr-phil.html