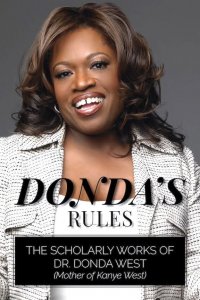 CHICAGO, July 22, 2021 /PRNewswire/ — On the week of the Kanye West “DONDA” album release comes a new book, Donda’s Rules: The Scholarly Documents of Dr. Donda West (Mother of Kanye West). The book delivers Dr. West’s philosophy as a professor, writer, world traveler, and mother of Kanye West. The Kindle version is free on Amazon for 5 days.

Edited by Chicago State University professor Garrard McClendon, Donda’s Rules highlights 70 tips on how to write creatively. Donda West said that writing and thinking should be creative and courageous. McClendon skillfully highlights her systems theory on composition, and her tips on how to become a fearless writer with flavor. Her resolution on Ebonics and her studies on Alexander Pushkin are included.

Dr. Mahalia Ann Hines, mother of COMMON, says, “Donda was beautiful. She was intelligent, patient, and generous. This book proves that her words were written with power.”

Besides being the mother of Kanye West, the book highlights her scholarly genius. Donda West believed we are all hardwired to become good writers, denying the myth of writer’s block, while criticizing current teaching methods. Her clarion call was for writers to change the world by being fearless. Now we know the origin of Yeezy’s confidence.