“Lena creates characters who inspire curiosity and is dedicated to empowering other women to develop the tools to follow her,” says Dr. Carol A. Leary, Bay Path University’s President, who is set to interview Waithe during this year’s conference. “Given that Lena Waithe embodies so much of what Bay Pathstands for, we are truly excited to welcome her to our annual conference.”

Delivering the WLC’s morning keynote address will be renowned social psychologist Amy Cuddy, Ph.D., who teaches at Harvard Business School and is a New York Times bestselling author. Focusing on the power of nonverbal behavior, prejudice and stereotyping and how people can affect their thoughts, feelings, and behaviors, Dr. Cuddy teaches thousands of people how to become more present, influential, and satisfied in their professional and personal lives.

Keynote speakers will share their perspectives on this year’s conference theme, “Be Curious,” motivating and inspiring attendees to engage curiosity in their daily lives. Nancy Shendell-Falik, RN, MA, Lisa Tanzer, and Kirk Arnold, regional leaders in the fields of retail, healthcare, and technology, will discuss the obstacles they’ve overcome during a lunchtime panel with a moderator and an opportunity for audience Q&A.  Additionally, breakout sessions will be led by Dr. Stephen Brand, Executive Director of Global Learning & Development, Strategic Alliances at Bay Path; Cy Wakeman, President and Founder of Reality-Based Leadership; Dr. Tasha Eurich, organizational psychologist, blogger and New York Timesbest-selling author; and Linda Galindo, renowned speaker, author, and educator on organizational and individual accountability.

Bay Path University’s Women’s Leadership Conference has garnered more than 22,000 attendees and featured more than 150 prominent speakers throughout its history. For further information on the conference and to register, visit www.baypathconference.com.

Lena Waithe is one of Hollywood’s most promising up-and-coming talents, who continues to grow her body of work with diversity, charisma, and comedy. One of Variety’s “Top 10 Comics to Watch” in 2014 and Hollywood Reporter’s “TV Breakouts”, Waithe expertly taps into emerging cultural sensibilities with a sharp wit, speaking to myriad experiences from her unique perspective and challenging audiences to think outside of conventional norms. 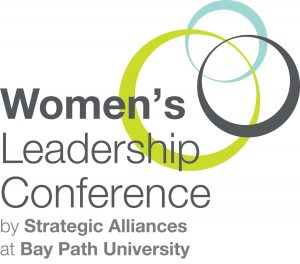 Waithe first made headlines in front of the camera as Denise, friend to Dev (Aziz Ansari) in the critically acclaimed Netflix series, Master of None. In a role that was originally intended for a straight, caucasian female, Waithe made Denise’s experience as a queer black woman uniquely her own. This season, Waithe co-wrote the “Thanksgiving” episode, which led to her make history as the first African-American woman to win an Emmy for Best Writing in a Comedy Series.

As a writer, Waithe serves as Creator and Executive Producer of The Chi, a relevant, timely, and distinctive coming-of-age story that follows six interrelated characters in Chicago’s South Side. As a producer, Waithe’s credits include the upcoming film, Step Sisters. She was also a producer on the Sundance darling, Dear White People, and Tiffany Johnson’s short film, Ladylike, which can be found on YouTube.

Waithe was born and raised in Chicago and currently resides in Los Angeles.

Social psychologist Amy Cuddy is a professor at Harvard Business School and Harvard School of Public Health, a New York Times best-selling author, and Young Global Leader at the World Economic Forum. Focusing on the power of nonverbal behavior, prejudice and stereotyping, the delicate balance of trustworthiness and strength, and the ways in which people can affect their own thoughts, feelings, and behaviors, she teaches thousands of people how to become more present, influential, and satisfied in their professional and personal lives.

Cuddy currently lives with her husband, Paul, and her son, Jonah.

Bay Path University was founded in 1897. With locations in Longmeadow (main), East Longmeadow(Philip H. Ryan Health Science Center), Sturbridge (MA), and Concord (MA), Bay Path’s innovative program offerings include traditional undergraduate degrees for women, The American Women’s College on-ground and online, the first all-women, all-online accredited bachelor’s degree programs in the country; over 25 graduate programs for women and men; and Strategic Alliances, offering professional development courses for individuals and organizations.  Bay Path’s goal is to give students confidence in the fundamentals of their chosen field, the curiosity to question the ordinary, the leadership to show initiative, and the desire to make a difference.