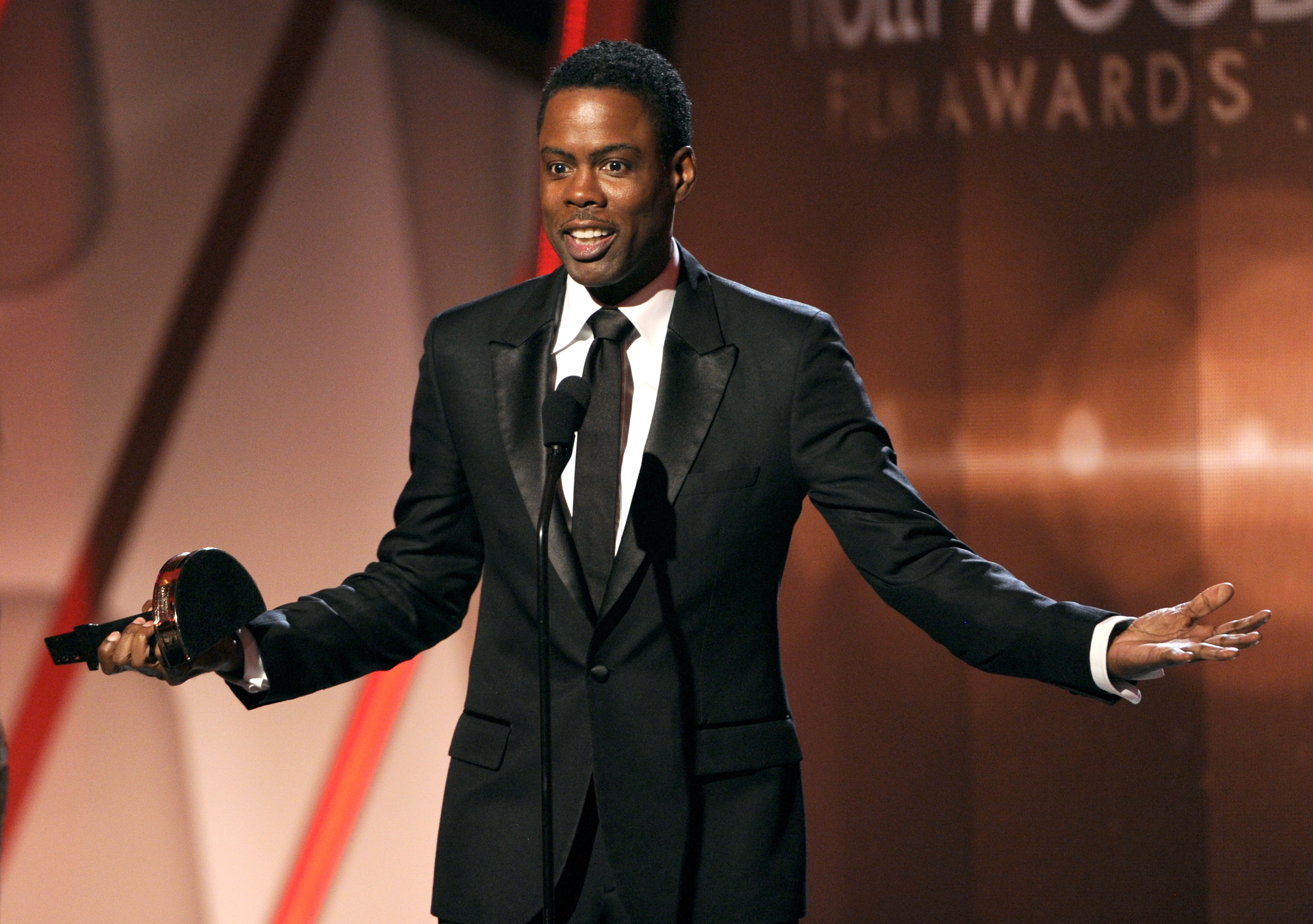 Writer-director Chris Rock is not Andre Allen, the stand-up comedian turned movie star lead of “Top Five.” But, it’s almost impossible to watch his latest effort, a cutting comedy about showbiz, creativity and ambition, and not wonder what material Rock took from his own life. While that’s a fun and compelling draw, thankfully, it’s only part of the triumph of the film. In “Top Five,” Rock manages to transcend the gimmick and his larger-than-life persona, to create one of the most vibrant, self-aware comedies of the year.

This is a story about a man who’s become disconnected from his work and is looking for a change. Told across a single, jam-packed New York day, we accompany Andre on a press tour around the city on the day of his new movie’s opening. Andre, we learn, became a mainstream superstar by donning a full bear suit and playing the catch-phrase happy character “Hammy the Bear” in three blockbuster movies.

Now sober, grasping for relevancy, and about to marry a reality television star (Gabrielle Union), Andre just wants to be sincere. His new “serious” movie about a Haitian revolutionary just looks abysmal, like the fictional title in “Tropic Thunder.” It’s clear that Andre is at a crossroads and even he isn’t convinced of his new path.

Things really get going when Andre hooks up with Chelsea Brown (Rosario Dawson), a quick-witted New York Times reporter who’s gotten the tony assignment to follow him around for an entire day. He resists, since the paper’s critic has historically eviscerated his movies, but his agent ( Kevin Hart) convinces him to go anyway. Chelsea’s a fan, he thinks.

It’s half true. She was a fan, but now, like most of the country, wonders why Andre isn’t funny anymore. In his Hollywood world of suck-ups, she turns out to be a breath of fresh air and he’s intrigued.

Long stretches of the movie focus on Chelsea and Andre walking through the city, talking, flirting, and sparring about everything: Politics, relationships, addiction, and sobriety. It takes skilled performers and deft dialogue to make banal riffing compelling, and Rock and Dawson more than live up to the challenge. Just like in a great Woody Allen film or Richard Linklater’s “Before” series, it would be easy enough to watch these two characters do just that for an entire movie.

But Rock isn’t content to luxuriate with just the two leads, as fun as that would have been. Instead, he broadens Andre’s world with an all-star supporting cast the size of a football team. Cedric the Entertainer pops up as sleazy, hilarious local club promoter, J.B. Smoove steals scenes as his bodyguard and chauffeur, Tracy Morgan appears as one of his childhood friends, and Sherri Shepherd plays an ex-girlfriend. Jerry Seinfeld and a few other surprise high-profile comedians even play themselves in a standout scene.

The most groundbreaking aspect about “Top Five” is that it defies categorization. It’s a romance, a gross out comedy, a silly industry satire, and a sweet look at an artist who’s just trying to figure out what he wants.

That might seem scattered or unfocused, and in some cases it is. Scenes go on too long and some of the dramatic notes don’t land as gracefully as they could. But even if Rock doesn’t succeed in seamlessly weaving together all those disparate elements, he’s still created a complex, exciting patchwork that is just fun to exist in.

Rock has said that he wanted to make a movie that captures the energy of his stand-up. “Top Five” fits the bill.

“Top Five,” a Paramount release, is rated R by the Motion Picture Association of America “for strong sexual content, nudity, crude humour, language throughout and some drug use.” Running time: 101 minutes. Three stars out of four.