From Madonna to Mariah Carey, acts look to dating apps like Tinder, Grindr to promote music 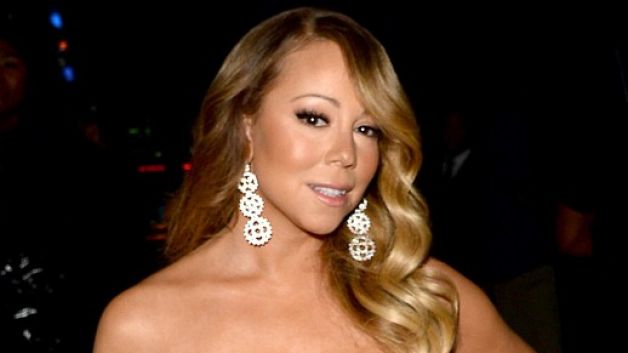 NEW YORK _ In your quest to find a date, a spouse or a hook-up, you might discover something else when using dating apps: new music.

From Madonna to Mariah Carey, an increasing number of acts are looking to platforms like Tinder and Match to promote their music and reach their fans on-the-go. Madonna’s latest album was advertised on Grindr, an app for gay men, while Jason Derulo looked to Tinder to debut a music video.

Carey launched a profile on Match.com to premiere her music video for the single, “Infinity,” and last week DJ-producer Afrojack took over Match’s Twitter account for eight hours to answer questions about love and relationships while promoting his new single, “SummerThing!”

“You want to go where your fans are, where your potential fans are. And you can’t just promote on iTunes _ you’ve got to think of other ways to reach an audience,” said Joel Simkhai, the founder and CEO of Grindr.

Simkhai said Madonna’s team contacted Grindr about collaborating. They launched a contest around Valentine’s Day where users would change their profile photos to mimic the album cover of “Rebel Heart” _ where Madonna’s face is wrapped with wires. Five winners earned a chance to live chat with the pop icon, who released the album in March.

“She was very keen with having chats with actual Grindr users,” Simkhai said. “That was her idea.”

Gay fans have long supported Madonna, who has advocated gay rights for decades. Grindr also worked with Lady Gaga in 2011 when she released “Born This Way,” even providing a link to iTunes to download the No. 1 hit.

Zedd, the Grammy-winning DJ-producer, worked with Tinder to promote his album, “True Colors,” released last month. While searching for suitors, Tinder users would come across Zedd’s promotional profile and if they swiped right _ which means “like” _ they could purchase the 25-year-old’s album at a discounted price of $3.99 (it currently costs $7.99 on iTunes).

“Music is something that is so woven into the life of millennials, as is meeting new people, that there’s just an incredible amount of overlap between the two,” said Phil Schwarz, Tinder’s head of marketing. “Tinder’s always been talked about as a social discovery app, and I think this is more evidence that this is true.”

“Tinder is where millennials are, and if you combine that with the fact that the platform is highly, highly engaging, you have something really, really powerful,” he added.

Tinder or Interscope Records, Zedd’s label, wouldn’t say how many albums sold on Tinder, but the sales from the app counted toward the 39,000 copies “True Colors” pushed in its first week, helping it debut at No. 4 on the Billboard 200 albums chart.

Schwarz said 85 per cent of Tinder users are between the ages 18-34, and the average user spends about 11 minutes on the app each day _ one of the main reasons Derulo launched the video for “Want to Want Me,” a Top 5 hit, on Tinder.

“I see this app as the wave of the future. I know my fans will swipe right,” Derulo said in a statement.

PlentyofFish also worked with Derulo when the website appeared in the music video for his song “Ridin Solo” in 2010. The dating service also appeared in Britney Spears, Flo Rida and Kesha’s videos. In addition to finding a place in Gaga’s “Telephone” video, PlentyofFish worked with the star during a U.S. tour, giving fans a chance to win tickets and backstage passes.

Other artists also have found ways to work with dating apps: Hilary Duff, a regular Tinder user for real dates, used the app’s interface in her latest music video, and Limp Bizkit frontman Fred Durst is the director behind recent commercials for eHarmony, the dating service that has worked with Natalie Cole and used her hit, “This Will Be,” in TV and radio ads.

Grindr _ which has 2 million active daily users _ said the company’s success with music partnerships is leading to more work this summer. After collaborating with Madonna, who has a deal with Live Nation, Grindr is continuing to work with the concert promoter and is expected to launch campaigns with Nicki Minaj and Idina Menzel.

Grindr is also expected to work with Ciara, Jessie J, Disclosure and others through Goldenvoice, the company that created the Coachella Valley Music and Arts Festival, operates music venues and promotes hundreds of concerts each year.