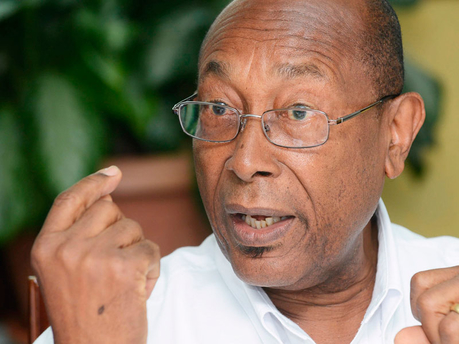 A prominent Jamaican scientist has challenged the Government to pave the way for the development of a medical ganja industry, which would go a far way in providing cost-effective treatment for a number of lifestyle diseases, including diabetes, glaucoma and schizophrenia, while yielding enormous economic benefits for the country.

Dr Henry Lowe says Jamaica is missing out on hundreds of billions of dollars which could be earned from the wide range of cosmeceutical, neutraceutical and pharmaceutical products being developed across the world.

“I think Jamaica has got a clear leadership role in medical ganja, and I am calling on the Government of Jamaica – including the parliamentary Opposition – to take a look at this, so we can move forward and do what we need to do … because it has real potential,” he told a Gleaner Editors’ Forum yesterday.

While the cultivation and use of ganja is illegal in Jamaica, Lowe argued that whereas in the past, most of the debate had centred on the smoking of ganja, emphasis must now shift to the vast medical and, by extension, economic potential of a product for which Jamaica has, over the years, got a bad name.

He told the forum: “I believe the time is right and ripe for us to refocus on the positive potential of ganja. As a scientist, I am looking at it from the health-tourism potential, because if you look at California or New York, where they have managed ganja use – not the smoking but the medical marijuana use – we could get a lot of people coming down on vacation and getting treated, and establishing a new regime which is really Jamaican that could be very beneficial.”

Lowe explained that in 2001, he, along with fellow Jamaican scientist Dr Errol Morrison, established an institute to conduct research on medical ganja, hoping to build on the success of Canasol, a medication derived from ganja, which is used to treat glaucoma.

In an effort to inform the discussion, the duo also published a book on ganja, The Jamaican Connection. They made it clear that the purpose of the book was not to persuade or encourage readers to join either side of the discussion on legalising ganja, but rather to inform, by presenting the history and sociocultural impact of the plant.

However, by the next year, they were forced to shelve their research plans.

“We were encouraged not to, so we had to let it go,” he disclosed, refusing to say anything further on the matter.

While not advocating for the decriminalisation of ganja, Lowe wants the Government to lay the legal framework for local scientists to do the relevant research with the aim of tapping into the economic bonanza, which Uruguay and many American states are poised to enjoy.

“I see our scientists getting a whole new lease on life in terms of research and development, looking at breeding (and) at farming methods, examining further the many potentials of the use of medical ganja, such as schizophrenia, glaucoma and diabetes. These are major medical problems – not only in Jamaica, but throughout the world,” he disclosed.

Lowe is not alone in his call to give approval to medical ganja. Earlier in the year, deputy president of the Senate, Angela Brown-Burke, added her voice to the amplified call. Brown-Burke, who was contributing to a debate on plant genetics in the Senate in January, said ganja represented a worthwhile economic opportunity that the country should seek to tap into.

“These are discussions that we need to have. There are other states and other countries that are way advanced than we are because they have taken that bold step forward,” Brown-Burke said. “I believe that we need to put it in a framework that allows them to participate legally in the economy, and I believe that is an opportunity that we should not miss.”

For the original report go to http://jamaica-gleaner.com/gleaner/20130829/lead/lead1.html