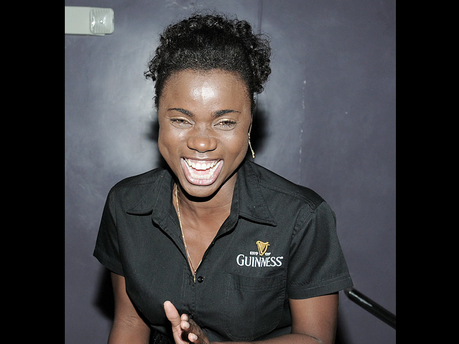 A number of dancehall celebrities are expected to show their respects to legendary sound system Stone Love and its owner Weepow during the sound system’s 41st anniversary celebrations at the Red Stripe Oval on Saturday.

Entertainers including legends like John Holt and Coco Tea and more contemporary icons like Bounty Killer and Mavado are expected to perform, and from all indications, the 2013 celebrations are expected to have a bigger turnout than the record-breaking one last year.

The respect shown to Stone Love is also being shown by their partner Guinness, that have been a part of dancehall for generations and have been partners with Stone Love for almost as long, albeit interrupted.

“We started back last year, and the 40th anniversary had the highest number of patron turnout, the highest in the 40-year history of the Stone Love anniversary,” said Racquel Nevils, Guinness brand manager.

“The crowd was estimated at 9,000 at the Red Stripe Oval, which surpassed all our expectations in a good way. This year we are looking to repeat it for the 41st.”

It is that respect that has had Guinness along for the ride for many years.

“One of things we admire about being a partner with Stone Love is the fact that they have kept the music alive both at home and abroad in a positive way. Reggae and dancehall are a big part of our culture, so anything that helps to continue that and grow, we are definitely proud to be a part of that,” Nevins said.

For as far back as anyone can remember, the popular stout has been synonymous with dancehall culture and has played an integral role in the development of the genre.

“It’s been a long, long time,” Nevins said about the length of the relationship.

“From I was growing up and hearing people in the dancehall with songs mentioning Guinness, it’s been a long and fruitful partnership – and that is what we are looking for, things that last and can grow; partnerships that can benefit both the players in the music and Guinness as a brand and the people who love both. That’s why we are here, and that’s what we are about.”

Guinness, she said, continues to be an ardent supporter of the genre and the players involved. As long as the music is clean and is positive, the brand is open to partnerships similar to the one it shares with Stone Love.

For the original report go to http://jamaica-gleaner.com/gleaner/20131226/ent/ent7.html