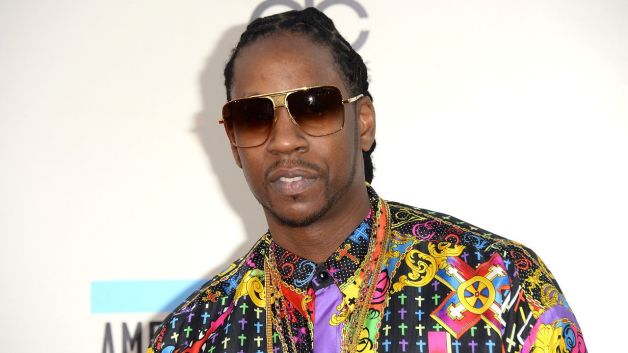 That police standoff that ended with 2 Chainz and his entire 10-person entourage arrested came back to haunt him like the ghost of Christmas Past, reports HipHopDX.

Four months after the Oklahoma City tour bus incident, state officials have served Chainz with a misdemeanor obstruction of a public officer charge. If found guilty, he could get up to a year in jail plus a $1000 fine.

His bus driver and one other passenger face the same charge.

A bodyguard faces a felony charge for possession of a controlled substance, reports NewsOK.

Chainz and crew were arrested in the early morning hours of Aug. 22, following an America’s Most Wanted tour stop in OKC. Cops pulled over his tour bus, citing a broken tail light, and, attempted to board after reportedly smelling marijuana. Someone already on the bus, however, locked the cops out, citing constitutional rights.

This went on for hours, and the tour bus was towed — with the 11 people inside — until a search warrant was obtained. According to authorites, several guns, including a shotgun, and weed residue were found.

2 Chainz says that discovery was “nothing.” “So the fact that OKC is charging me with obstruction months after pulling my bus over And finding nothing lets me know the devil is busy,” Chainz tweeted Christmas Eve.

During a September interview with RapFix Live, he explained that the cops knew about the guns and that he’s since gone “cold turkey on all criminal activities.”

“I made mistakes when I was like previous to being in this position [of being a famed rapper] to where I don’t wanna do mug shots … I’m not trying to portray that,” he said. “I don’t wanna be the rapper that’s tryna sell albums to go to jail or whatever it is.”

But he definitely wants to sell albums. Despite the unfavorable present that he received, 2 Chainz also spent Dec. 24 dropping a gift for his fans, “Twerk Season,” a new single featuring his America’s Most Wanted tour curator, Lil Wayne.