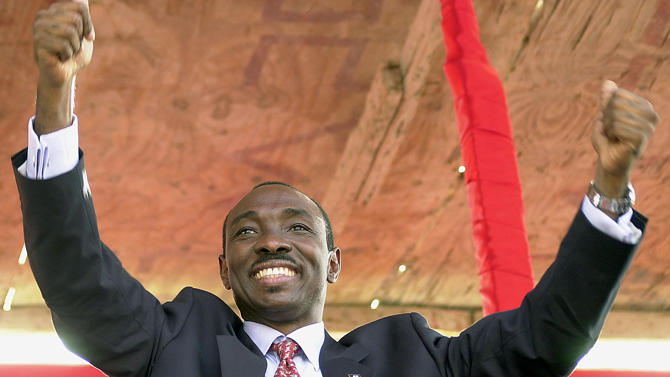 PORT-AU-PRINCE, Haiti _ A former mayor of Port-au-Prince and presidential candidate was nominated Thursday to be the next prime minister amid an ongoing standoff with parliament that has stalled legislative elections.

Evans Paul was named to run the day-to-day affairs of the government by President Michel Martelly. He would replace Prime Minister Laurent Lamothe, who resigned under pressure Dec. 14 along with his Cabinet. An interim prime minister, Florence Duperval Guillaume, was appointed Sunday.

Martelly nominees have struggled to gain approval from the Senate and Chamber of Deputies in the past but a statement from the president said Paul had been selected in consultation with legislative lawmakers.

He could automatically become prime minister if he is not approved by Jan. 12, when the terms of all members of both houses expire and the president can rule by decree.

Paul is an established political figure in Haiti who served as mayor in 1990 and ran for president in a crowded field in 2006.

Lamothe held the post for 31 months, the longest anyone has held the prime minister post in Haitian history. A presidential commission had called for his resignation, among other steps, to resolve an ongoing stalemate over legislative elections that sparked violent protests in the capital.

Martelly was supposed to call elections in 2011 for a majority of Senate seats, the entire Chamber of Deputies and local offices. But several opposition senators have used parliamentary procedure to prevent a vote while accusing the president of abusing his authority to appoint supporters to the electoral council. Lamothe said upon leaving office that he believed the elections could be held early next year.