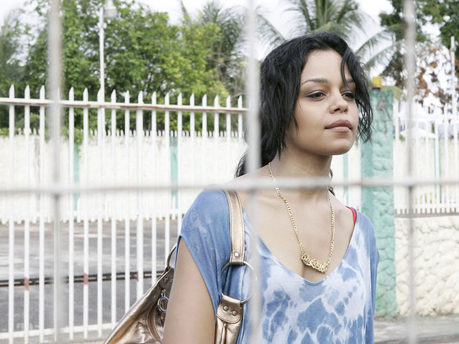 Months after selling out seats in cinemas across Canada, Home Again, the feature film depicting the atrocities and struggles Jamaican deportees face on their return to the island, opens in cinemas here on Wednesday.

The acclaimed film became the number-one Canadian film in box offices for three weeks in a row, and also screened to sold-out audiences in the twin-island Republic of Trinidad and Tobago.

A searing drama in the vein of City of God, Home Again tells the story of three young people deported to Jamaica after being abroad since infancy.

Once landed in Kingston and without a compass of any kind, each of the characters embarks on a journey that pushes their endurance beyond measure and forces them to discover who they truly are.

On the most fundamental level, Home Again asks the question, ‘How would you survive?’

The outstanding Jamaicans who made their mark in the film are Ghett’A Life‘s Kadeem Wilson, Lunatic‘s Paul Campbell and newcomer Brian Brown, a renowned Montegonian.

Wilson, Campbell, Brown and Holness will play host to members of the public at Wednesday’s Carib 5 opening, said a media release from the film’s distribution company, Imagine Media International.

Shot in Trinidad and Tobago, because Jamaica dragged its feet in negotiating a rebate for the producers, the filmmakers spent CDN$1.2 million in that country, employing thousands of Trinidadians who passed the Jamaican acid test – capturing the local lingua.

“Over 1,000 extras were employed, plus the actors and crew,” Trinidad and Tobago award-winning supervising producer, Lisa Wickham, CEO, of Imagine Media International, who hosted The Gleaner in Trinidad in April said.

Wickham is currently on the island promoting the film, which can be seen at other cinemas including Palace Multiplex, Palace Cineplex and Odeon.

In an interview with The Gleaner in April, the writer and director, Jennifer Holness, said she was inspired to do the film after a friend was deported and subsequently murdered in Jamaica.

“He was Canadian. He knew nothing about Jamaica, having left the island at age three,” she stated.

The project, which stemmed from that inspiration, included interviews of over 40 deportees in 2005.

“Before we went to Jamaica, we were alerted that there was massive deportation. When we interviewed them, we realised a lot of them didn’t even know they were eligible for deportation,” Holness said, summing up the situation.

Holness, who admitted that it was impossible not to think she and her crew could film in Jamaica, said after going through two filmcommissioners, and getting nowhere, she opted for Trinidad’s offer.

Indeed, Trinidad made an offer the producers could not refuse and today, Home Again is an award-winning film that won the 2013 BAFTA Festival Choice Award at the Pan African Film Festival in LA.

Stephan James and Fefe Dobson were both nominated for best supporting acts at the 2013 Canadian Screen Awards, and Sutherland has recently been nominated for Best Director for the feature film at the Directors Guild of Canada.

For the original report go to http://jamaica-gleaner.com/gleaner/20130916/ent/ent3.html