How Reggae and Dancehall Artists Can Improve Their New Music Marketing

Each week more than 8 reggae and dancehall albums are released on Apple iTunes and other streaming platforms. Many of them are not accompanied by serious fan engagement. The biggest artists in the world are marked by their ability to sell music with creative music rollouts but for many, unique marketing of Reggae and Dancehall music this is a lost art. To the ones who are doing well with their marketing to achieve desired results, you may stop reading here. However, I am speaking to those who follow the patterns that more popular artists use such as instagram posts, the generic “Out Now” press release, and those who don’t bother to advertise their new album/single, do interviews or other content to engage audiences.

Choosing a day to release your music is as important as the music itself and should form part of the marketing strategy. However, whether popular or unpopular, all artists release their new music Thursdays at Midnight aka Music Fridays.

Before 2015 music fans in the three main music markets, UK, USA and Japan got their new albums and singles on Mondays, Tuesdays and Wednesdays. Unless you were Beyoncé, Fridays were never popular release days.

The International Federation of the Phonographic Industry led the discourse which resulted on Friday being D’Day for distribution. The Federation’s CEO Frances Moore, said in a statement. “They want music when it’s available on the internet — not when it’s ready to be released in their country.” 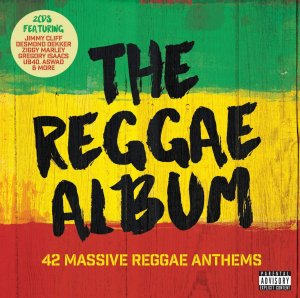 Although this sheepish idea was met with some pushback the industry went ahead.

The New York Times reported, “Martin Mills, the chairman of the British label Beggars Group, and an unofficial spokesman for the independent sector, told retailers that the move would primarily benefit the big record companies”.

Mills in the New York Times said, “It astounds me that the major labels are not listening to their customers. ” He further said. “I fear their consultation has been a charade, and the market leaders were always going to push this through.”

Without additional market research on Reggae and Dancehall’s local and global consumption, all the labels agreed and the artists followed suit.

Neilson/MRC, the company that supplies Billboard’s chart data initially had a Monday to Sunday cycle when they started tracking in 1991. They made the change for streaming and downloads in the week of July 10, 2015, to Friday to Thursday according to Billboard.com. This data cycle should not have concerned Reggae-Dancehall creators and rights holders, because the once a year U.S chart success for the genre mainly comes via radio airplay in the U.S. which MRC Data collects data from Monday to Sunday.

A 2018 RollingStone Magazine article titled “Why isn’t Jamaican Dancehall bigger in the U.S.” concluded that only during the summer one reggae song is added to mainstream radio.

Go against the grain

With Tik Tok, Youtube and the radio being the dominant platforms to find new music, and over 40,000 albums released per year, to stand out less popular artists must not only make music with the widest audience in mind but break patterns set by the industry.

Cheerleader by OMI is one example of a thoughtful release. After getting minimal airplay in Jamaica, the Jamaica Gleaner reported that the song sold over 8.3 million units within the first year of release.

Using key consumer habits and analytics, the. strategy for Cheerleader was to focus on smaller radio airplay markets in Europe, then slowly make its way region by region across to America. As a result it landed number one spots in 20 countries including the United States, the United Kingdom, Australia, Canada, France, Mexico, Ireland, Sweden and Germany.

“The Sony team believed in the song and when they featured the track on one of the big Sony playlists, they saw a remarkably high level of individual listener adds to personal playlists, something the company could identify and track through their analytics team,” according to Ole Obermann, former executive vice-president of digital partner development at Sony Music, now Global Head Of Music at Tik Tok.

Beyonce also proved going against the grain adds to the attention of a project when she released a surprise album BEYONCE on Friday December 13, 2013 when everyone was releasing on Tuesdays. The irony is her innovation contributed to the entire industry shifting releases from Tuesdays to Fridays.

Jon Baker, of Gee Street Records and Geejam Hotel agrees that going the unconventional route including off cycle release day can help artists gain attention. He said, “True- if not looking for in initial chart impression”

These are major label recording artists but their examples can be applied to less popular artists with modest budgets. As an artist you always have the luxury of adding a personal touch for your current fans.

A young Nipsey Hussle who had a small amount of fans and minimum budget is one example to follow. With an aim of changing the way hip hop was consumed, he created a “proud2pay” campaign where he sold premium copies of his 2013 mixtape Crenshaw for $100. He signed copies under tents in his neighborhood, an act that generated wide scale media interest towards the project. He drew the attention of Jay-Z who bought 100 copies for $10000 due to his innovative marketing.

Surely many reggae-dancehall fans would be delighted if they got autograph CDs and a personalized experience from artists. Albeit at a premium.

The music industry continues to grow each year since the advent of streaming, but reggae-dancehall’s pace has been insignificant when compared to Hip Hop and Reggaeton.

Consumers are bombarded with a plethora of options come Friday and because of cable television and the internet, reggae fans are not only listening to reggae music, they also listen to Lil Baby, J.Cole, JayZ, Rihanna and Beyonce and others. So if a less popular artist wants to secure eye balls and ear holes without competing with DJ Khaled’s ostentatious screams on his rollout day they could opt to release music off cycle.

Artists should also take more pride in promoting and marketing their projects in unique ways for their loyal fans.

New as well as seasoned artists can learn from Shenseea, who is yet to release an album or EP but is the most streamed female dancehall-reggae artists according to World Music Views 2020 year in review. She consistently applies the personal touch when she releases her singles. She creates challenges, does instagram live and i’ve even seen where she invites fans for dinner. Her reward is a loyal following of ShenYengs who want her to succeed. Shenseea’s secret to maintaining healthy fan engagement is to not see them as consumers but as family.

She said in an interview with World Music Views, “My fans are my family”.

Success is more than Vanity and Views

Many artists are tempted to buy views but there is a concept in advertising known as the cost benefit analysis. Which means what’s the cost of buying vanity chart metrics and views versus the benefit of buying it. According to Mike Follett, managing director of Lumen Research, 46 percent of ads bought on YouTube to play in between other content is skipped and the benefit of buying that ad slot is lost. Whereas if reggae and dancehall artists spent their YouTube ad money to advertise for four weeks on niche music programs that are already talking about their music, they would see much more traction.This was the strategy used by artists in the 1990s and early 2000 on BET. Although they would visit 106 and Park for interviews they would advertise their music even alongside other artist’s interviews. Just because your music video is viewable doesn’t mean it will get viewed and moreover simply buying the views on YouTube or Spotify streams give a diminishing return.

Create short viewable content to accompany your music and place them within podcasts and content that is already being viewed and aired online.

For those chasing first week numbers Legend: Best Of Bob Marley and the Wailers, has been the top selling reggae album on the Billboard Chart for 71 weeks. With a limited budget you need not worry about beating Bob in your first week of sales. Instead focus on making memorable music and musical moments that will increase your fanbase overtime.

Chris Anokute, A&R and founder of the entertainment start-up Young Forever Inc, reiterates in Complex Magazine. “They’re(record labels) looking for a certain amount of the market share that week or that month. Sometimes it’s for vanity and ego. They want to say, ‘We just debuted at the top of the charts, because we put out the video, single, and went to radio the same week. From Friday to Thursday”.

He further. admits, “I think a lot of it is a habit, honestly. I never even thought about it, to be honest, …A lot of it is definitely habit. It’s likely that artists and labels will start experimenting with different release strategies more as time moves on”.

“Out Now” press releases every Friday are uneventful and should be replaced with new, vibrant and data driven strategies. Each day I see at least 20 of those and many of them are as impactful as dropping a small billboard in TimeSquare, on New Years Eve.

Steve Urchin, Manager to Sean Paul said, “I think picking an alternative day as official reggae release day on digital platforms could be an interesting strategy, conversely people are used to looking for new music on Fridays so it’s something that would have to be researched and experimented with”.

An effective music marketing roll out must have people talking and the way to do that is to find different ways to stand out.