August Alsina Decided Not To Sign To Cash Money 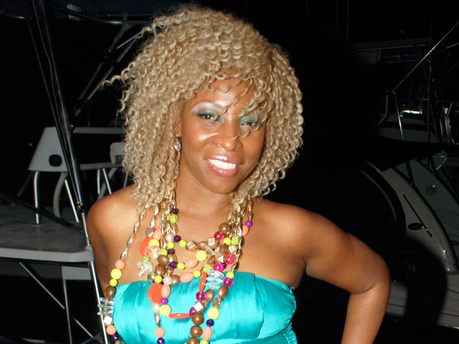 While the police are on a drive to remove heavy tints from buses that ply Corporate Area routes, some dancehall artistes say they are against lewd and inappropriate content being played on buses.

Recently, Education Minister Ronald Thwaites called for the TransportAuthority to remove ‘party buses’ from the roads. These buses were reported to be heavily tinted and children were said to be paying as much as $500 to drive around on the buses on which lewd music is played and sexual activities take place.

In October, the police launched an islandwide operation to remove heavy tints from public passenger vehicles (PPV), with about 23 offending buses seized in the Corporate Area alone on the first day of the operation.

As for the explicit music being played on buses, some of the most raunchy artistes in the industry are against it.

Macka Diamond said she was fully against lewd content being played on buses.

“It’s been happening from when I used to go to school. Most of the songs have clean versions. Bus men need to get clean versions for the kids and bigger people. If they want music in these buses, they need to buy the CDs that are edited,” she told The Gleaner.

Also against this poor practice is Renigade, member of RDX.

“I am against that,” he said. “You haffi leave that fi dancehall and places that children won’t be in. The bus has your grandma, your kids, your girl and Christians on it.”

Renigade said explicit content should only be played in certain places.

“We as artistes have to take responsibility, but we make music that is intended for adults. When bus drivers play certain things around the children, they are misusing it and it is totally inappropriate.”

For the original report go to http://jamaica-gleaner.com/gleaner/20131031/ent/ent1.html#disqus_thread