Aidonia saddles up for Sting 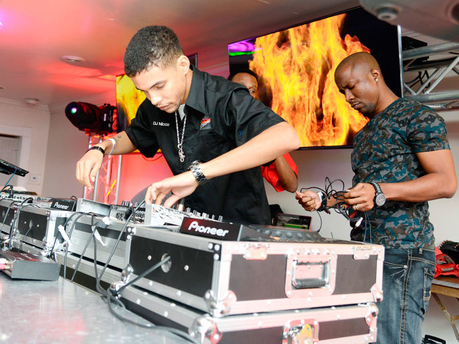 As part of November’s Food Month activities, The Gleaner has decided to include the Jamaican diaspora by participating in the Grace Jamaican Jerk Festival in Markham Park, Florida, which ended yesterday.

Dubbed the biggest Caribbean food festival in the United States, the Jamaican Jerk Festival has the reputation for delivering an experience of the highest quality to patrons.

Sponsors such as Digicel, Publix, and The Gleaner Company Ltd played a big part in the event staged annually in Queens, New York, and Sunrise, Florida.

The festival appeals to all ethnicities and key demographics, particularly the vibrant Caribbean communities.

However, during Friday night’s media launch at the Grand Palms Resorts, organiser Eddy Edwards revealed to those in attendance that the festival would be staged in Washington DC next year.

The entertainment package this year was also one to boast about. The Jamaican Jerk Festival stage saw performances from Johnny Osbourne, Fab 5, leading reggae group Morgan Heritage, and the strong female vocalist Etana.

Friday night’s media launch also doubled as a welcome party dubbed ‘Inferno’ for all the festival patrons to party to a few of Jamaica’s finest entertainers.

The night’s DJs straight from the rock were DJ Marvin, Christuff from Renaissance, and Fame FM’s DJ Nicco, who afforded patrons the opportunity to party the night away to the latest dance hits while mingling with a few of South Florida’s socialites and movers and shakers.

Even though the event was scheduled to start at 10 p.m., in true Jamaican fashion, the party didn’t get under way until about 1 a.m. when the patrons started rolling in.

The ’90s was the era of choice for the DJs and, of course, patrons made the dance floor theirs until the wee hours of the morning.

For the original report go to http://jamaica-gleaner.com/gleaner/20131111/ent/ent6.html