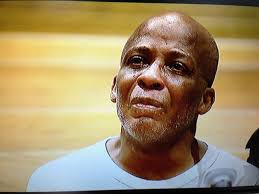 A Jamaican native has received a lengthy sentence after stabbing his neighbor to death.Fifty-year-old Cargil Nicholson has been sentenced to 20 years in prison on a manslaughter charge Thursday.Nicholson was charged for stabbing to death, a neighbour, James Cleary Jr, who had asked him to turn down his reggae music.It is reported that James Cleary Jr died on March 13, 2012 after being stabbed in the back with a kitchen knife.Police say the Cleary family had made 11 prior music-related complaints to police about their upstairs neighbour.Nicholson’s attorneys argued that the stabbing was self-defense, and came after Cleary burst into Nicholson’s apartment and began punching him.