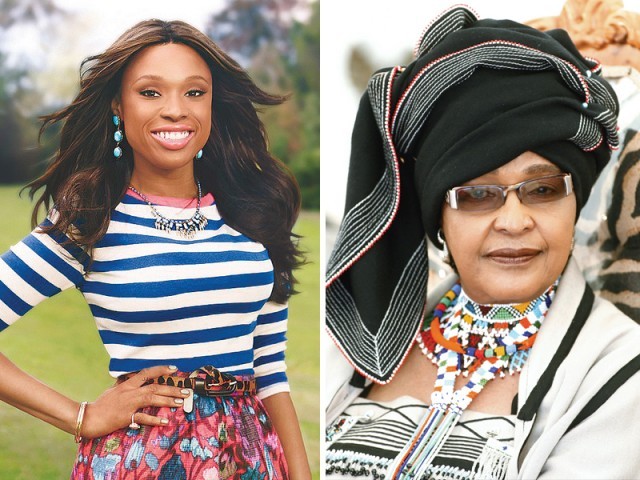 LOS ANGELES: For Oscar – and Grammy-winning actor and singer Jennifer Hudson, the decision to play anti-apartheid activist Winnie Mandela in her first lead role was no easy matter, especially when she saw what the former South African first lady meant to the nation.

In the biopic Winnie Mandela, which opened in US theatres on Friday, Hudson plays the ex-wife of Nelson Mandela from the time she met him as a young woman through decades as the public face for her imprisoned husband’s fight against white rule.

The film also depicts Winnie’s fall from grace when she is embroiled in murder and human rights violations before her husband is released from prison after 27 years in 1990 and goes on to become South Africa’s first black president.

“It was very intimidating for me, actually,” said Hudson, who came to understand the pressure of her role when she arrived in South Africa and heard people talk about Winnie.

“This is something they clearly treasure and take very seriously,” she added. “I thought if I am going to do this, I have to be all in. I thought maybe I should go home. And then I thought, this is a story that I would want to be a part of and tell.”

Hudson, 31, plays opposite fellow Chicagoan Terrence Howard in the role of Nelson Mandela. She spent four months in Africa for the film, which was shot in 2011 by South African director Darrell Roodt. “I had to lose weight for the film and also learn the accent,” said Hudson. “Everyone was worried about the physical [aspect]. I was like, I am not worried about the losing weight part. I am more concerned with the accent.”

To conquer the accent, she immersed herself in South African culture and spent time where the Mandelas lived “just to be absorbed by their surroundings.”

For the original report go to http://tribune.com.pk/story/601584/jennifer-hudson-tackles-intimidating-role-of-winnie-mandela/