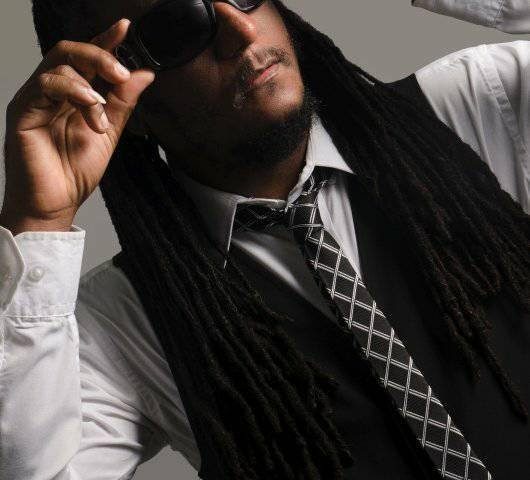 Levi Anthony Levy aka King Jeffaton is set on carving his own niche in the music business. He knows it is not an easy feat, but he is convinced that with the right material he can get the break he is seeking.

Determined to make a difference, is making his charge for the spotlight with songs meant to challenge and stimulate.

His latest two new releases ‘My Mama’ and ‘What Is Your Purpose’ produced by his mother Ann Payne on her AMP music label are already receiving positive vibes from those who listen.

Describing himself as a “unique world artiste” he said he touches on topics that fellow artistes would be afraid to speak on in their songs.

“I have had a love for music from a child,” he said adding that the music in fact basically chose him. He started singing at age four in Sunday School as his grandmother was a teacher at the church.

“Whenever there was a concert at church I would always put down my name for a performance,” he reminisces.

King Jeffaton who list Michael Jackson as his idol in those early days said he was always imitating his dance moves.  He would also dress like Jackson when attending Sunday School.

King Jeffaton said is drive to succeed stems from being birthed and grown in the ghetto.

“I do not like how life is in the ghetto so the ghetto drives me to leave and never return,” he said.

Admitting that the music industry is now evolving as the world does, he said there is just one thing that needs to make it better and that is getting rid of ‘payola’ (paying for air play).

The upcoming artiste said he is not afraid to speak his mind on all issues in the society and those will be evident in future songs.

Born and raised in Mountain View, then Harbour View, he is a past student of Donald Quarry Technical High.

Hanging out with artistes such as Power Man, Bounty Killa, Sizzla, Beenie Man and others and being the recipient of their encouragement he soon started doing dub plates for a few sound systems such as Zodiac. This resulted in Leopold Hall, manager of Zodiac Sound System becoming interested in him because of his talent and creativity as a DJ and decided to act as his manager.  Together they released two singles in 1999 ‘Nuff Gal pon Mi Avenue’ and ‘Remix mi Riches’.

One year later through a connection at Arrows Recording studio he was in Switzerland getting his feet wet on the stage show circuit. He eventually lived there for a while 2006.

Looking ahead the artiste says his ultimate goal is to spread the message to the four corners of the earth to unify people in righteousness.