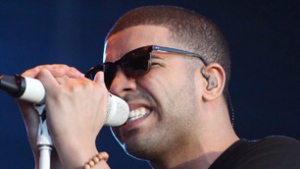 Kanye’s postponement of Sunday’s Vancouver concert came in the afternoon.

Top hip hop artists Drake and Kanye West disappointed fans this weekend, each axing the second shows of their respective new tours at the last minute.

On Sunday, around 2:30 pm local time, organizers of West’s Vancouver concert postponed the event, which marked the second date of The Yeezus Tour.

“Due to unforeseen circumstances, Canucks Sports & Entertainment has been advised that the October 20 Kanye West show with Kendrick Lamar at Rogers Arena will be postponed,” the event company said in a statement.

Concert organizers had scheduled to open the arena’s doors at 7 pm. The Yeezus Tour began the night prior in Seattle.

No official reason was provided, but speculation ran wild about potentially missing equipment as well as logistical issues erecting what has been described as West’s complex stage set-up in the short turnaround time. The Vancouver show was rescheduled for Oct. 31. West is slated to play San Jose, Calif. on Tuesday.

A technical problem was cited for Drake’s postponement in Philadelphia.

In the case of Toronto rapper Drake, fans in Philadelphia had already been admitted to the city’s Wells Fargo Center on Saturday night when organizers called down the show.

According to reports, the postponement was announced about an hour after his concert’s start time.

“Due to the elaborate nature of tonight’s show and an unexpected technical issue, Drake’s Would You Like A Tour? concert at the Wells Fargo Center in Philadelphia has been postponed until Wednesday, December 18,” organizers said.

The concert was the second stop of Drake’s tour, which began in Pittsburgh on Friday evening and features singers Miguel, PartyNextDoor and rapper Future.

Drake returns to Canada, with the Grammy-winning rapper set to play Montreal on Monday night.

In both cases, organizers vowed to honour the West and Drake tickets at the upcoming shows, but waves of fans expressed their disappointment by blasting the rappers on Twitter and other social media.

For the original report go to http://www.cbc.ca/news/arts/drake-kanye-abruptly-axe-concerts-disappoint-fans-1.2128876