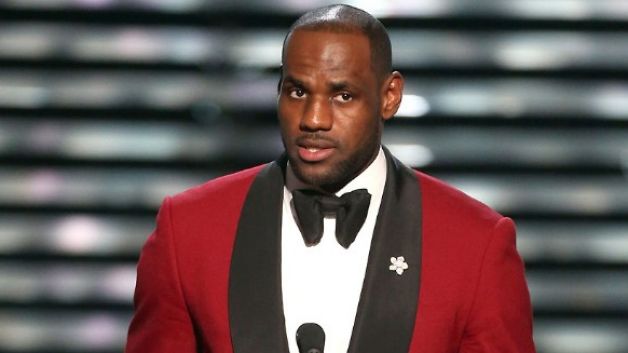 LeBron James is taking his talents to the small screen. The hoops star is developing a half-hour scripted comedy for the Starz network titled Survivor’s Remorse. The sitcom will focus on two young men who “make it out” of their hard-knock life in Philadelphia to achieve fame and stardom.

“Through a combination of God-given talent and north Philly grit, lead characters Cam Calloway and Reggie Vaughn have achieved fame and fortune that neither could have imagined growing up in one of the toughest neighborhoods in Philadelphia,” describes The Hollywood Reporter, “But success comes with its own challenges, and the cousins and confidantes wrestle with the rewards of money, stardom, love and, occasionally, the guilt of having ‘made it.'”

“I have a deep passion for the amazing television being created right now,” said James, who includes Magic City and Scandal among his favorite shows. “When my business partners Tom Werner and Maverick Carter brought up the idea of creating a television series that would capture the story of what happens when you make it out, I jumped at the chance. For Maverick and I even to be where we are right now, given where we came from, is kind of hard to believe. I felt like it was a story that needed to be told.”

This will be the nine-time NBA all-star’s first foray into television. James will serve as executive producer, though it’s not clear whether he will step in front of the camera as well.

For the original report go to http://www.bet.com/news/celebrities/2013/09/04/lebron-james-developing-scripted-comedy-series.html