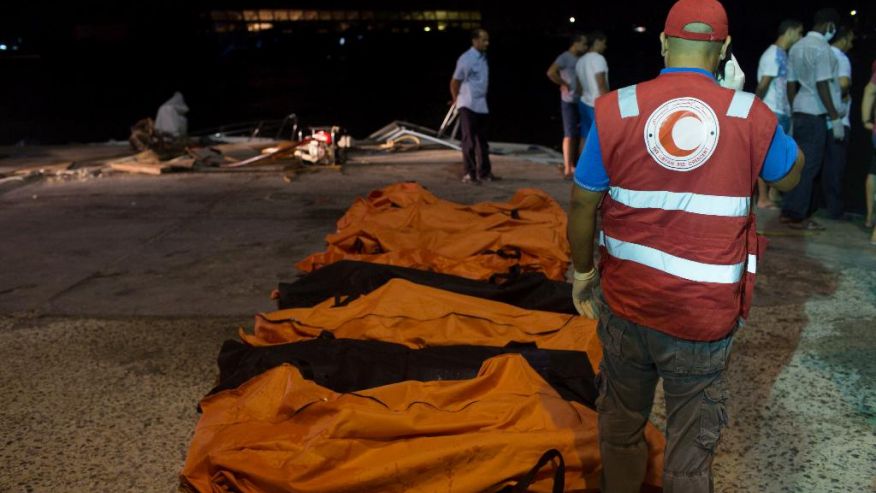 ZUWARA, Libya(AP) _ An Associated Press photographer at the scene of the latest migrant disaster says authorities are collecting the bodies of migrants who drowned off the Libyan coastal city of Zuwara.

Authorities were loading bodies in orange bags onto the back of a pickup truck. Workers were seen removing bodies that were floating in the water.

It was not clear how many migrants had drowned.

Dozens of boats are launched from lawless Libya each week, with Italy and Greece bearing the brunt of the surge.

The oil-rich north African country is divided between an elected parliament and government based in the eastern port city of Tobruk and an Islamist militia-backed government in the capital Tripoli _ with militants from the Islamic State group also exploiting the chaos.